The Wild Boys Land In 2016: Duran Duran Keeps It Contemporary With Paper Gods

Nowadays, staying relevant as a veteran music act in this day and age of streaming and the music industry collapsing into itself has become quite the neat trick. No one knows this better than ‘80s New Romantic darlings Duran Duran, who dominated that decade thanks to a combination of dance-friendly new wave pop and a steady presence on MTV, back when the channel still played music videos. 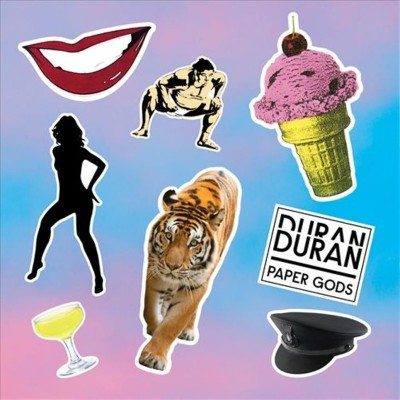 Fast forward to 2015 and the band released Paper Gods, its fourteenth studio effort, first in five years and Warner Brothers debut. The dozen songs took two years to wrangle, a fact founding member and bass player John Taylor admitted had to do with the group figuring out its creative path on this go-round.
“If you’re a bunch of 50-year-old guys and you want to make a record that’s cool, contemporary and maybe even commercial, it’s quite tricky,” he said. “Every time we do an album, it’s like rebranding a car. You’ve got the 3-Series Beemer and now you’ve got this Five, which everybody loves, but we’ve got to freshen it up and bring all this new technology and new stuff that we’ve learned into the package. But not at the expense of core values, tradition and all of that (laughs).”

While super-producer Mark Ronson, who oversaw the 2010 predecessor All You Need is Now, was brought back to guide the ethereal cut “Only in Dreams,” the band’s stab at getting contemporary with its sound came by bringing in Jay-Z/Kanye West collaborator to ride herd on the majority of these songs. Other guests who make their presence felt are Red Hot Chili Peppers guitarist John Frusciante on three tracks including the throbbing power ballad “What Are the Chances” and electro-pop thumper “Butterfly Girl,” and old friend Nile Rodgers, who teams with Janelle Monae to create a collision of harmonies bouncing bass to fuel the infectious dancefloor funk of “Pressure Off.” Elsewhere, Simon LeBon hasn’t sounded in better form than he does amid keyboardist Nick Rhodes’ bubbling synth swooshes and chugging neo-disco of “Face For Today.” About the only time Duran Duran overreaches is by giving Lindsay Lohan a spoken word cameo as a doctor in the synth-heavy “Danceophobia.” For Taylor, this revolving door of talent coming through the studio yielded results that allowed he and his bandmates to simultaneously create a contemporary sound, maintain the band’s creative core and have a killer time.

“Janelle [Monae]—amazing. Kiesza—amazing. I was so honored to get to do a session with Janelle and Nile [Rodgers]. And Kiesza—we all love her. She came and spent the day with us,” Taylor excitedly recalled. “We’ve got to give Ben Hudson props. He was amazing on this album and he’s a super-talented artist in his own right. He brought a real thoughtfulness to the process.”

And while Duran Duran is in fine fettle, recording and touring with four of its five original founding member, there was a point in 1997 when Taylor left the group, a point where LeBon and Nick Rhodes soldiered on with Warren Cuccurullo of Missing Persons (who’d replaced original guitarist Andy Taylor in the mid-1980s. For Taylor, it was a time where he was able to move to Los Angeles, work on other music projects (Neurotic Outsiders featuring members of the Sex Pistols and Guns ‘N’ Roses) and even dabble in acting while working with friend and director Allison Anders.

“That was when I got sober and that was more a response to me coming out of a really bad dark place just before doing [Neurotic Outsiders],” he recalled. “I really felt like I’d run out of ideas at the time. I was tired of the reinvention. We’d done the Wedding Album which was great. But then we’d done Thank You, which was a grind—I almost wish we hadn’t done it. I was living in Los Angeles and my first marriage had broken up. I was finally a father and I’d gotten into another relationship and I wasn’t enjoying all the back and forth. Duran is a British band—the rest of the guys have always lived in England. I’m the only one that had gone and lived for any length of time outside of England. I got tired of the back and forth. I fell in love with L.A. and thought that was maybe where I needed to be. It was great for me because it was life without the band. I got to see what I could do, who I was, away from the band.”

One day in 2000 while out with his wife at a California department store, Taylor ran into LeBon. The bass player’s spouse invited her husband’s former lead singer back to the house and after mention was mad of regrouping, the duo were on the phone to England with Rhodes and the band’s other Taylors—Andy and drummer Roger. (The former would again leave the group in 2006). Back in the present, Taylor continues to be the lifelong music fan is also pumped up about going out on the road with Nile Rodgers and the current version of Chic, a group who he admits to freely stealing the bassline from for Duran Duran’s 1981 debut single “Planet Earth.”

“Honestly, even if you don’t like Duran, if you haven’t seen Chic, you have to see them. I really think what Nile is doing—Prince is the only artist that comes close to what Nile is doing,” Taylor said. “It’s the most fantastic show. You’ll be suffering hip fatigue before he’s done. It’s not just all those fantastic Chic hits but he has a way of bringing in other songs that he worked on into his set. And the band is tight like a mother******. He’s fantastically entertaining to watch.”

Duran Duran will be appearing on April 12 at Barclays Center, 620 Atlantic Ave., Brooklyn. To find out more information, visit www.barclayscenter.com or call 917-618-6700.