If ever there was a musical prism through which the divisive social and political events of the past five years could be viewed from a progressive perspective, the soundtrack would undoubtedly be provided by Drive-By Truckers (DBT). While the Athens outfit has long been political with their releases dating back to 2000’s sprawling double-album concept album Southern Rock Opera, DBT has kicked into overdrive in the past five years since they released 2016’s politically charged American Band.

The unexpected response to a collection of songs that founding member Patterson Hood said “…was put out before the election and was a statement about what we saw happening and what became Black Lives Matter. We looked at it as its own freestanding thing we were going to do and then we were probably going to move on and do something else” found the tour for it expanding from months to years.

Fast forward to 2021 and Hood and the rest of DBT are getting ready to hit the road again having spent the past year and a half sidelined from their usual breakneck touring schedule. And while the band spent that downtime playing virtual shows, getting some PPP (Payment Protection Program) money and relying on the kindness of hardcore fans buying their music from online site Bandcamp on a monthly basis, DBT also released a pair of albums in 2020 that formed an organic trilogy with American Band. 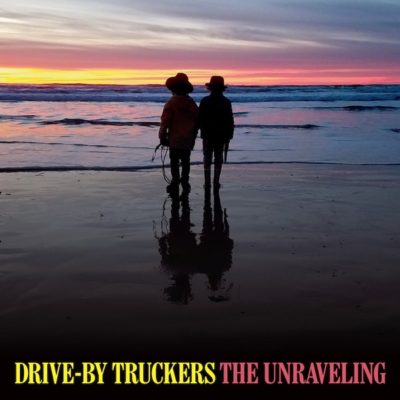 The first, The Unraveling, was released in January and dealt with issues ranging from gun violence (the rollicking “Thoughts and Prayers”) and the Trump administration family separation policy (a dark and dirgey “Babies in Cages”). The December follow-up, The New OK, was inspired by the Black Lives Matter protests the Portland-based Hood was experiencing on a first-hand basis. Hood’s response came as a result of noticing hip-hop and pop artists were the only ones addressing these issues with their art versus “…so-called rock and roll [artists] kind of pretending none of these things were happening.”

“I think we ended up with an unintended trilogy of records, not to put a pretentious slant on it,” Hood explained. “It’s not like we sat down and said we were going to write a trilogy of records bitching about the current situation in our country. But that’s kind of what ended up happening. When we made American Band, we looked at it as its own freestanding thing we were going to do and then we were probably going to move on and do something else. We didn’t honestly intend to tour behind it for three and half years. As a band that’s kind of known for our southerness, and we’re obviously a bunch of these white, southern, middle-aged dudes, we kind of fall into the stereotypical Trump demographic. We thought it was important for people that look like us to speak out about these things.”

With the current state of the world, where musicians that voice their views through their art often get pilloried for not staying in their lane and singing about more generic and benign topics, DBT have been subjected to that kind of scorn from conservative fans. But it’s not something Hood concerns himself with, particularly given the fact that he and bandmate Mike Cooley have been stirring the pot with political fare dating back to Cooley’s ‘Uncle Frank’ from 1999’s Pizza Delivery. 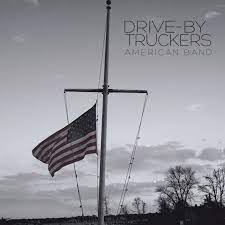 “I think we’ve always been political,” Hood said. “I always assumed that it was obvious. I was kind of taken aback when people were outraged by American Band. Some people couldn’t believe we’d done this, but we’d been doing this kind of thing all along, you just really haven’t been paying attention. You just listen to the hook or the guitar riff and thought, ‘This is like Foghat’ but not quite. That ‘Slow Ride’ song is a little different. In the lead-up of American Band coming out, there was so much nastiness directed at us online. We kind of put that record out thinking that we were probably going to be selling half as many records and half as many tickets and that didn’t happen at all. It’s one of our most absolutely successful records.”

The last two-thirds of this album trilogy emerged from a 2018 seven-day recording session in Memphis as DBT was coming off opening for the Tedeschi-Trucks Band during the latter’s summer package tour. The opening slot provided an opportunity that spilled into this marathon bout of record making. 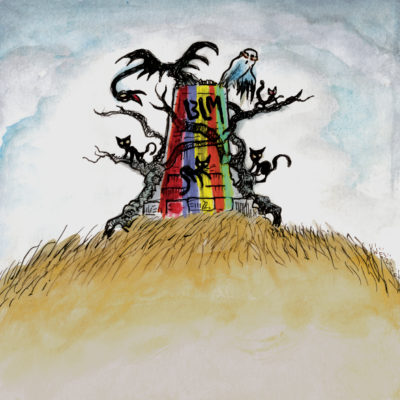 “Opening for the Tedeschi-Trucks Band was a wonderful experience,” Hood said. “Every day we had an hour-long soundcheck. Our crew is fast and we’re a pretty tight organization. We basically had the work part of that done in the first five or 10 minutes, so we would spend that hour kind of woodshedding these songs. We went into the studio like a well-oiled machine. We cut almost all of The Unraveling and two-thirds of The New OK came out of that session and we’re intentionally sitting on three more tracks from that for this next project that will hopefully come out next year because they’re definitely thematic. As a band, we don’t often get enough time to go into the studio and record because it’s expensive and we’re definitely a working-class group.”

The son of storied Muscle Shoals bassist David Hood, Patterson Hood was bit by the music bug early with memories of his father bringing home Magical Mystery Tour home when the younger Hood was only three and listening to “Strawberry Fields Forever” while leafing through the album’s booklet. Having started writing his own songs when he was only eight, Hood ran away from home at age 16 to catch Bruce Springsteen on The River Tour, where that marathon show transformed the aspiring musician.
“That showed me what a concert can be as far as catharsis and taking an audience to another place and then taking them to another place and then another place,” Hood explained. “Just building on where you were before that. Those four hours were definitely an education in the possibilities of rock and roll as an art form.”

Fast forward to the present and with DBT ready to hit the road with these two new projects under its collective belt, Hood is quick to dispel the idea that concertgoers are only going to be served up this latest material.
“With us about to hit the road for real, I’m not really looking at those records to be the focus necessarily of what we’re out to do,” he said. “They’re out there and we’ll certainly play some songs off of them. I’m proud of the songs, but we also have a pretty deep catalog that we’ve been off of for a pretty long time. The shows we’ve been playing have been kind of pulling from all over the place. We’re just having fun reconnecting ourselves, each other and our fans. And we actually recorded what’s going to be our next record. We’ll probably start working some of those songs up live and try a song or two to see how they’re going too. I’m kind of looking at what we’re going to do is Drive-By Truckers going and playing rock and roll. As usual, we won’t be using a set list, so anything goes.”