In the world of Americana, you’d be hard pressed to find an act as politically outspoken as The Drive-By Truckers (DBT). With origins in Athens, GA, DBT are unabashed southerners with a distinctly progressive view that runs counter to founding member Patterson Hood’s describing he and his bandmates as, “…obviously a bunch of these white, southern, middle-aged dudes who kind of fall into the stereotypical Trump demographic.”
And while Hood and his crew (which once counted a pre-solo Jason Isbell as a member for six years) have been content to explore the Lynyrd Skynyrd mythos by way of the fictional rock band Betamax Guillotine on the 2001 concept outing Southern Rock Opera, Donald Trump getting elected in 2016 spurred a fury of writing that spawned an unintentional triumvirate of records (American Band, The Unraveling, The New OK) addressing the cultural shift the county experienced during his time in office right up through the present day. Hood, the son of legendary Muscle Shoals Rhythm Section bassist David Hood), wound up having many conversations with his younger children amid various mass shootings and social unrest.

“‘Thoughts and Prayers’ and ‘Babies in Cages’ came directly from conversations I had with my son who was probably nine at the time,” he said. “He was asking if there was a chance that someone was going to come and take him away from us. Then I had to explain to him that this wouldn’t happen. But then I also had to explain to him why, which is hard to explain to a kid that we’re white and we don’t have to actually worry about that. Which is a horrific thing to make an innocent child understand. I wrote most of these songs under those circumstances.”

Regardless of what his politics may be, Hood is a true son of the south who stopped long enough to share his favorite musical acts whose southern roots run as deep as his do.

Tom Petty & the Heartbreakers (October 20, 1950 to October 2, 2017)
“Tom Petty was absolutely one of the greatest songwriters of our time and the Heartbreakers were probably the most phenomenal backing band of the rock and roll era. As great as the E Street Band is, I think the Heartbreakers bring something to the table that is next level.”

R.E.M. (1980 to 2011)
“They changed my life. I was 19 when Murmur came out and I was into them early. I had Chronic Town before Murmur came out. I was a pretty early fan for someone not living in Georgia at the time. I saw them over and over and they were so cool and awesome. When I listen to their albums now, they’re even better than they were then. At the time, I thought they were the coolest thing going because it was new, different and cool. Now I listen back on it and I appreciate it on an even different level. Especially Reckoning. God, I really love Reckoning.” 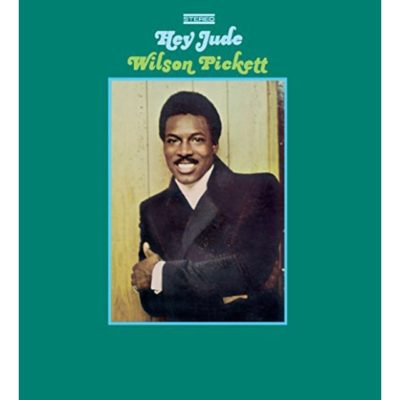 Wilson Pickett (March 18, 1941 to January 19, 2006)
“As far as the southern rock genre, which I’m not necessarily a fan of as a subgenre, but if you really want to get down to the birth of what people consider southern rock, Wilson Pickett’s Hey Jude would be that album. That’s the record where Duane Allman on tape came into his own. He was obviously a badass, but that was the first chance he got to show what he could do in the studio. They all went out to eat and sadly enough, Wilson Pickett didn’t feel comfortable going out to eat at a restaurant with a bunch of white guys in Muscle Shoals, AL, in early 1969. He was from Birmingham, so he knew how the South could be and he didn’t want to subject himself to that. Or pull a gun on somebody and shoot ‘em, which he very well might have done. And Duane, being a hippy, felt the same way. So they stayed behind and everybody went out to eat.

It was during that time that Duane talked him into cutting ‘Hey Jude,’ because that wasn’t supposed to be part of the session. When they came back, Wilson Pickett decided they were going to cut ‘Hey Jude’ and that’s what they did in one or two takes right then and there and it’s phenomenal. My dad is not the bass player on that song—that’s the great Jerry Jemmott, who I also really also adore as a bass player. It’s the rest of the rhythm section and one of my favorite Muscle Shoals songs of all time.”