The Joys Of Motherhood 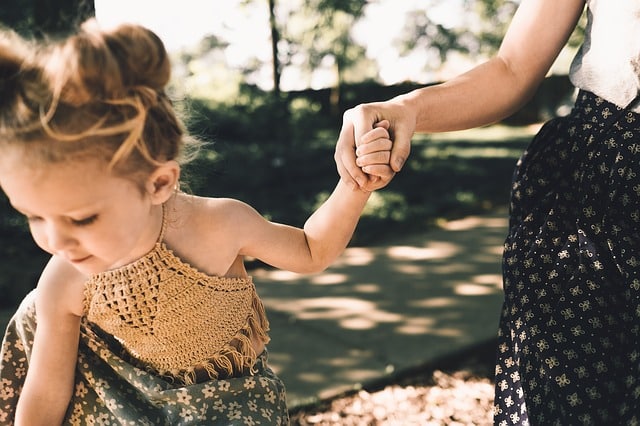 Motherhood has been deemed, “One of the most difficult, rewarding, frustrating jobs on the planet,” and with good reason. Regardless of the generation, it’s not easy to put one’s own needs secondary, especially when one is dealing with a petulant child who’s just knocked over a display of Pepperidge Farm Goldfish Crackers in Stop and Shop. It’s tough to stay up, long past bedtime, to await the arrival of a child who has missed curfew for the millionth time. My own mother used to tell me that although motherhood wasn’t easy, it most definitely was worth the effort.

As a child, I often dreamed of motherhood as I played with my dolls. They never spoke back to me or threw themselves on the floor in the middle of Osh Kosh B’Gosh because they couldn’t get a stuffed animal. They were sweet and quiet and obedient. Dolls didn’t kick at my stomach or turn into instant “dead weight” and slither to the floor like an overweight snake. They just smiled, albeit creepily, while I tended to their needs. Because I had no real experience with children until I became a teenaged babysitter, I honestly believed that having a child was going to be a piece of cake.

I’m laughing to myself as I’m writing this, because I was in for a rude awakening when I became a parent. It definitely wasn’t like playing with dolls.

My daughter was not a terrible child by any means, but she did clearly have her moments. For example, there were several times when we had to eat our meals in shifts. The example that stands out best for me is when my husband had to travel to Scranton for business. I had a few days off in a row from the hospital, so my 3-year-old daughter and I accompanied him for the ride and companionship.

Whenever one goes away, it’s always a good idea to pack as much of home as possible, because a 3-year-old has the attention span and personality of a gnat. Hubby complained that I packed too many toys, but I assured him that it would make a difference, especially because we were essentially uprooting our child, which was stressful for all of us. He managed to shove every packed toy between the suitcases and bags of healthy snacks, which were important to “prevent meltdowns,” albeit with a bit of grumbling about not being able to see out the back window.

Our girl was a perfect angel in the hotel the first day. We played all morning long, and when we weren’t playing, we took long walks together. I kept her active, and even got to put her down for a short nap. I was so thrilled that when hubby came back from a hard day with a taxpayer, I suggested a dinner at the nearby Perkins. In hindsight, I suppose room service may have been a better option.

When we arrived at Perkins, the wait was over a half hour. I had a few little bags of Cheerios in my daughter’s activity bag, so I set her down with a VTech toy and let her munch to her heart’s content. When it was our turn to be seated, the happy child who was playing with her mock computer had somehow turned into Damien from “The Exorcist.”
She began to howl like someone pilfered one of her Beanie Babies. The waitress glanced at us nervously and asked if we wanted to order. I could tell by the look on her face that she didn’t have kids of her own, because she looked like she wanted us to vacate the premises immediately.

Our girl continued to screech through the appetizer, which gave hubby a severe case of agita. Sensing his impending meltdown, I took our demon child outside to distract her with the lovely flower garden outside. When he was finished eating, he came outside to sit with her, while I went into the restaurant and awkwardly shoveled down my food. For the duration of our experience with Scranton, we ordered room service to avoid another lovely little event like the one in Perkins.

I’m certain that many moms (and dads) out there have equally frustrating stories of their own to tell. As I think back on all the “lovely little events” that we’ve had with our girl over the years, I’ll admit that Mom’s quip, albeit hilarious, was chock full of truths that bring a smile to my face, to this day.

Patty Servidio is a columnist for Anton Media Group.