Midwest to the core, Melissa Etheridge is someone whose love for music is almost equaled by her devotion to football. In the case of the National Football League, her ride-or-die is the Kansas City Chiefs. Her fanaticism led her to create a 2020 song “The Chiefs Are Going to the Superbowl” which contains the nifty couplet, “Now if there’s anything I love as much as California weed, it’s Tyreek, Kelce Frank and Chris, Honey Badger and Andy Reid.”
And while she got her heart broken by the Tampa Bay Buccaneers in a 31-9 route at Super Bowl LV (“Wasn’t that one of those games where you are just not well after watching that? You can lose, but damn. After playing so well for the year. I think it made them hungry again. Jesus—Tom Brady. I can’t.”), Etheridge was over the moon when Kansas City hoisted the Lombardi Trophy at the conclusion of Super Bowl LIV the prior year after the rival San Francisco 49ers went down to a 31-20 defeat. 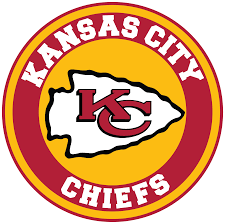 Currently touring behind One Way Out, a project consisting of seven songs she penned in the late 1980s and early 1990s, Etheridge is thrilled to be out pounding the pavement behind her sixteenth studio album, with tracks originally recorded back in 2013.
“I loved finding these older songs that I hadn’t released,” she explained. “Songs about stuff that I wouldn’t write now because I’m not feeling sexually frustrated. But it’s fun to sing those songs. It’s like finding a treasure and seeing that I can do this again—rock and hit you in the teeth and while it’s truthful, I don’t have to have gone through it now.”

Patrick Mahomes (Quarterback 2017-present)
“He embodies what we love in professional sports. We love the sportsmen and sportswomen who find joy in the competition and the game. And who have an attitude towards it that this is a team and we can get together, have fun and get there. I hope he makes lots of money, but you know that he’s not doing it for the money. I would be singing even if I didn’t make a lot of money. Money is great, but I love what I do. He loves what he does. He finds joy in it, brings joy and he does it differently well. And that makes it fun to watch.”

Travis Kelce (Tight end 2013-present)
“He’s a little more dangerous. You watch him and hope he doesn’t get thrown out. But you know it’s his passion for the game that gets him in trouble. But you can also see that he’s that guy that he’s raceless. Sometimes on a team, you can see the white guys and the black guys. You get a feeling that this doesn’t exist on the team and Travis Kelce is somewhere in between, especially because that guy can move when he gets a touchdown, especially with his little dance moves. I am all for that.”

Anthony Sherman (Fullback 2013-2020)
“He is the Ford of football. He was always reliable, got it done and was not the star. But he made so many blocks and did so many things. And when we needed that one yard, they gave it to him and he never let us down. He was 100 percent there and he didn’t get the accolades. But to me, he personifies the Chiefs as a team and the Chiefs kingdom that are the fans of that. He absolutely is and was the example.”