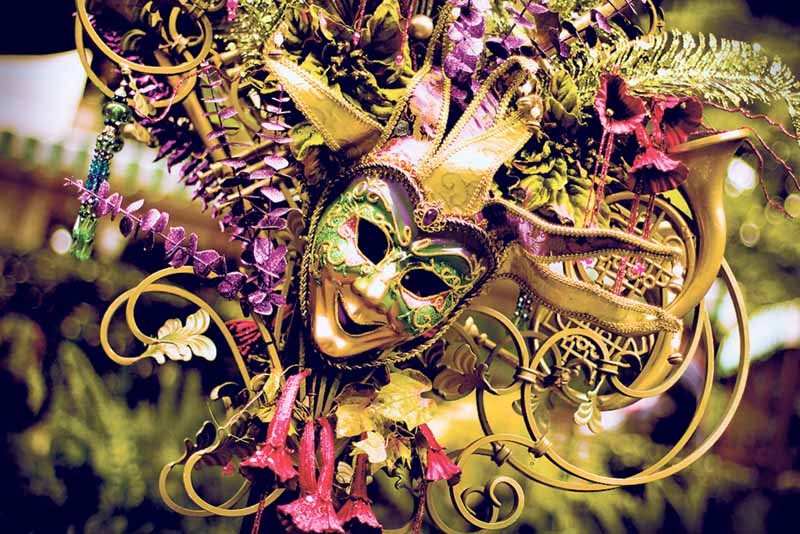 Laissez les bons temps rouler or “let the good times roll” in French is the most common expression heard during Mardi Gras. When you think of Mardi Gras you might imagine festive parades, decorative and colorful costumes or a bountiful feast of diverse foods.

The holiday is celebrated mainly by the Roman-Catholic population in countries around the world on the day before the fasting season of Lent begins. Countries such as Italy, Spain and the city of New Orleans host the most famous Mardi Gras festivities, drawing thousands of tourists and partygoers every year. Today, the holiday has become a pop culture sensation in the United States and is widely celebrated in countries worldwide.

The celebration of Mardi Gras originates from a pagan celebration that was later adapted into a Christian holiday. In the days leading up to Lent, revelers would indulge in all of the food, especially meat, remaining in their homes in order to prepare for the fast of the coming weeks. As a result, the day before Ash Wednesday became known as Mardi Gras, or Fat Tuesday.

According to historians, the first American Mardi Gras took place in New Orleans, Louisiana, in 1699. The holiday became popularized by French and Spanish influence, making New Orleans the heart of the Mardi Gras celebration in the United States.

Luckily, you don’t have to travel to New Orleans to celebrate Fat Tuesday. On Feb. 28, you can partake in a Mardi Gras celebration at several Long Island locales.

Long Island is home to multiple establishments that specialize in the Cajun/Creole cuisine that is found in the New Orleans French Quarter. Popular locations include Bayou Restaurant in Bellmore, Big Daddy’s in Massapequa, Bobbique Bourbon and Barbeque in Patchogue, Storyville American Table Restaurant in Huntington, Biscuits and Barbeque in Mineola and Treme Blues and Jazz Club in Islip. While you may not want to take the 21-hour drive to New Orleans to celebrate Mardi Gras, these local eateries are the next best thing.