It’s time to start gearing up for summer and it wouldn’t be summer in Nassau County without dozens of concerts, movie nights and festivals taking place at Eisenhower Park and other local outdoor venues. Every year, families look forward to these events, bringing picnic blankets and lawn chairs to kick back, relax and enjoy some free entertainment.

Family movie nights are a big hit with kids of all ages. This year will feature animated films as well as live-action hits like Beauty & The Beast and Jumanji. International nights draw big crowds to celebrate a new culture every week with live music and dancing.

There will, as always, be several concerts every week at the Harry Chapin Lakeside Theatre, with tributes to favorites like Neil Diamond, Billy Joel, U2, Bruce Springsteen, Elvis and Selena. On the weekend before the Fourth of July, TD Bank celebrates America with a spectacular fireworks show and patriotic music. 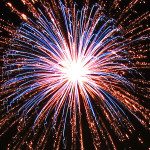