Dine Out For Heroes

A lot of people have their own preferences when it comes to their food and drinks, and one of the many great things about...
Read more
Food & Leisure

Coffee Through The Ages: A History Of The Morning Brew

Whether centuries ago or today, coffee lives up to its standards.
Read more
TOP STORIES

Sometimes, a simple “thank you” goes a long way with America’s veterans. But for the people they protect, those two words are never enough. Penny Glazier (The Glazier Group) and Caroline Hirsch (Founder, Caroline’s Comedy Club) are behind the industry-wide movement, Dine Out For Heroes, which raises awareness and funds for affected service members and their families. Together, they saw the need to integrate the restaurant community to support the veterans that came home.

“We spoke with Lee and Bob Woodruff, who went through their own traumatic experience and created the Bob Woodruff Foundation, and came up with Dine Out For Heroes,” said Glazier, who wanted the restaurant community to be represented in their efforts to raise funds that are so necessary for returning vets and their families. “Getting the restaurants to participate was the hard part. The first year we put together a group and did a lot of calls and emails. There was a lot of begging and perseverance.”

Glazier caught the attention of NYC and Company, which kindly sent out the program’s letter to all of the restaurants that participated through the season. She said it was a long and tedious job of calling in favors but “when you’re doing it for something you’re so passionate about, it makes it easier.”

“A lot of people felt that this was something they wanted to participate in,” she said of the now more than 50 restaurants that are involved. “It’s one night only and this year it happens to be Veterans Day, so it’s perfect.”

If customers sign up and make a reservation, restaurants contribute $1 per cover. The event also sends information to the participating restaurants should customers want to make an additional donation. That’s another source of income for us rather than just the sign up and dollar. 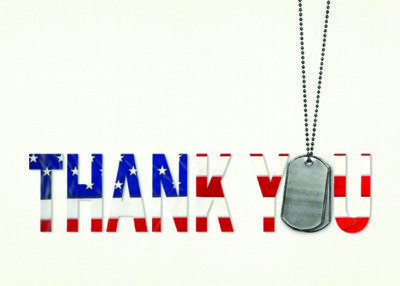 During Dine Out For Heroes’ first year, Glazier said there were some powerful names at the launch and after seeing the success in having chefs participate, she thought it was very much a special part of the event moving forward.

“This is the first year for a Culinary Council, which was a group decision,” said Glazier of herself and her PR team. “We came up with the idea that if we had some chefs that were willing to lend their name and participate it would give more cache to the event.”

While the event has remained in the city, Glazier said that she hopes to bring it out to Long Island and other major cities one day.

“We’ve been approached by restaurants in Chicago and Houston and we wanted to get this down pat before we took it anywhere else,” she said. “Right now we include the five boroughs and we would love to go to Long Island, New Jersey and Connecticut as well.”

In past years, Glazier says that veterans have come to restaurants and dined as out guests. She has also been able to meet some of the people and their families who have received the funds from the program.

“It’s amazing,” she said. “The value of spreading the word about the Bob Woodruff Foundation and that they’ve made huge contributions to the vets, it definitely gives you more incentive to do this.”

Garnering attention for the event runs the gamut from personal phone calls and emails to social media and physical newsletters through the mail. Also lending a hand was the New York State Restaurant Association as well as partnerships in Grand Central and Midtown Manhattan.

“The Culinary Council has been great about putting it on their social media pages,” said Glazier. “We are so grateful to do something for these people who have protected us throughout all these years.”

For more information about Dine Out For Heroes or to find a list of participating restaurants, visit www.dofh.bobwoodrufffoundation.org.