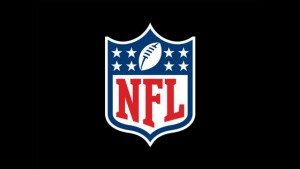 Nothing quite signifies a fan’s allegiance to their team like the decision to plunk down some hard-earned coin and sport your squad’s colors. Professional sports franchises have become well aware of this lucrative revenue stream and responded by issuing alternate and throw-back jerseys. All this on top of making questionable uniform choices over the years. This became readily apparent during a recent Thursday Night Football match-up between the division rival New York Jets and Buffalo Bills. With the former sporting all-green unis to do battle on the gridiron against their all-red counterparts, negative comments flowed on social media ranging from the game looking like “the New York Bell Peppers versus the Buffalo Jalapenos” to “a gang of Grinches fighting an elf on the shelf gang.”

There was even the very real problem of differentiating between the teams for viewers afflicted by red/green colorblindness, which is the most common form and which the National Eye Institute says affects about eight percent of men and 0.5 percent of women. With the NFL celebrating its 95th anniversary, we had plenty of crimes against style sense to parse through. These just happen to be the 10 most egregious.

The Dave Wannstedt-led squad pulled on these gems during the1994 season when the Monsters of the Midway wore these throwbacks in 1994 to commemorate their 75th anniversary. These striped navy blue/mustard yellow beauties with off-white pants and blue socks are a nod to the team’s uniform from the 1924-25 season when Papa George Halas was the owner/player/coach.

To put it simply, the combination of orange and brown is the equivalent of what unis might look like if the team’s ownership ran a correctional facility on the side. The only thing that stuck out more on these Browns uniforms that were in use from 1957-60 are the numbers on the side of the helmets that looks like someone ran out, grabbed a Sharpie and stenciled them on.

You have to go back to the 1966 Denver Broncos of the old AFL, when this Western Division stalwart wound up being the last team in major professional football (AFL or NFL) to go an entire game without picking up a first down, which they did in Week One at Houston and finished with a second consecutive 4-10 record. The only thing worse than their play were these burnt orange and blue uniforms that were completed with the logo of what appeared to be an anemic horse in the midst of a full-body heave plastered on the side of the helmet.

The 2010-11 Green Bay Packers went with throwback jerseys dating back to the 1929 season by temporarily trading in the distinct Kellly green and gold for blue and gray with a yellow disc on the front that made Aaron Rodgers look like he’d swiped the jersey from a CYO basketball team while wearing a giant purple olive as a helmet.

Most Giants fans will acknowledge the 1970s were a dark era for the team. This 1975 uniform choice kind of summed up those down days when the Giants were sub-tenants to the New York Jets at Shea Stadium, the Jints limped to a 5-9 record and the team’s storied lower-case “ny” was kicked to the curb in favor of a more modernized double-line, uppercase “NY.” Players’ numbers were removed from the front of the helmet and red racing trim bracketed the thick blue stripes down the side of the pants.

These blue and yellow uniforms, which looked like a fairy vomited day-glo blue and yellow pixie sticks, were used by the Eagles as 2007 throwback jerseys that paid homage to the team’s predecessors, the Frankford Yellow Jackets, which went belly up in 1931. Some things are left better in the past.

Are we at football game or a jailbreak? First used in 2012 to commemorate the 75th anniversary of the AFC’s oldest team, the outfits were a tribute to the Steelers 1933 predecessor, the Pittsburgh Pirates. Aside from Big Ben looking like a giant bumblebee, that season also found the team limping to an 8-8 finish, which was one of the few things worse than this sartorial stroll down memory lane.

I know the Pacific Northwest is plagued by plenty of rain and fog, but I’m not sure the decision to have the 2009 Seattle Seahawks debut fluorescent lime green throwback jerseys bright enough to land incoming planes was necessarily warranted.

And how could we leave off the 1976 Buccaneers and their clash of fluorescent orange, red and white that wound up getting the term creamsicle used as the go-to adjective to this mish-mash of color? While defenders say the unis are awesome because they are so garish, I’m thinking if the team hadn’t gone 0-14 in its inaugural season despite having legendary USC coach John McKay at the helm, we wouldn’t be having this conversation.

Following the death of Coach Vince Lombardi, who led the Redskins to only their fourth winning season since 1946 with a mark of 7-5-2 in 1969, Washington not only backslid by going 6-8, but plastering a big R in a circle with feathers draped off of it on the side of their helmets.