We’re Halfway There: MLB At Midseason

All-Star Week is upon Major League Baseball and while all eyes are on the pros gathering in D.C., there’s plenty of work to do ahead for both teams in the Big Apple. While the Mets are looking at a lost season and decisions on personnel, the Yankees are on track to being a contender in October. At the halfway point, it’s time to look back at the 2018 season thus far and what these teams have to look forward to as the year winds down.

What seemed like a perfect start to the season, going 11-1 and holding the best record in the MLB through 12 games, fell apart at the seams as the Mets have since gone 28-54. Losing over double the games they are winning, Mickey Calloway’s team is currently sitting among the worst in all statistical categories. Despite the efforts of Brandon Nimmo and Asdrubal Cabrera to try to keep this team afloat with their batting, the rest of the team has held them down. The team sits with an overall average of .228, which is the second-worst in the MLB. Pitcher Jacob deGrom has been one of the few highlights of the season as he currently leads all of baseball with a 1.68 ERA, with Chris Sale in second with a 2.23. He is the team’s sole All-Star representative and, in a tumultuous season, he’s given Mets fans a reason to watch the team every so often.

With that said, the deGrom era in New York may be coming to an end as the trade deadline nears and the team will be in all-out sell mode. Along with their 2018 All-Star, pitchers Noah Syndergaard, Zack Wheeler, and Steven Matz will all be considered candidates to be traded prior to July 31. With general manager Sandy Alderson on medical leave, it’ll be up to the three-man wrecking crew of Omar Minaya, J.P. Ricciardi, and John Ricco to decide which players they want to part ways with, and which ones they want to bring deeper into the murky waters of the Mets’ future. 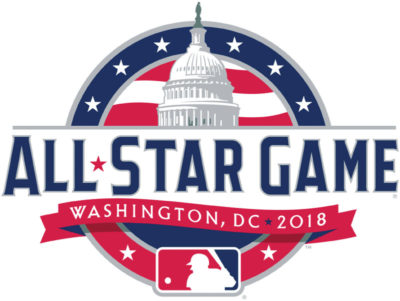 While the Mets are struggling, the Yankees are thriving under new manager Aaron Boone, currently standing as a serious threat to make the World Series and win their 28th title. A sluggish 9-9 start to the season had many fans worried that the team was overhyped in the offseason, especially with big-time acquisition Giancarlo Stanton struggling out of the gate. However, both Stanton and the Yankees as a whole have gotten better as the season progressed and are 53-24 since they last were at .500. They currently have one of the best pitchers in the American League in Luis Severino, who has lost only two starts out of 19 games played. Aaron Judge is having another great season with a .276 batting average, 25 home runs, and 60 RBIs.

With a trip to the playoffs on the line in the next few months, the team needs to continue to improve on batting. While they have gotten much better since the start of the season, they are still not the explosive, unstoppable bunch that was the center of hype from this offseason. The more Judge, Stanton and many of the team’s sluggers continue to improve, the more dangerous this team will be. In terms of the near future, look for them to be active at the trade deadline as buyers. The team will be on the lookout for more hitters and possibly a pitcher that could perform as close to what Severino has done. Could the Yankees end up picking up deGrom from their crosstown rival?

Previous articleSummer Tips For A Healthy Heart
Next articleJCC Gears Up For Golf, Tennis Outing