The year 2022 proved to be a big one for Valerie June. The lifting of COVID-19 restrictions meant she could get back to touring and more importantly, presenting The Moon and Stars: Prescriptions for Dreamers, her fifth full-length album, in a live setting. Originally released in 2021, the album was actually recorded over a two-year span dating back to 2018 and was all set for release in March 2020 when the pandemic hit and everything shut down.

As someone best known for an Americana-flavored sound steeped in blues, gospel, soul, country and Appalachian nuances, Moon and Stars presented quite a departure for the singer-songwriter born Valerie June Hockett. Whereas her 2013 critically acclaimed release Pushin’ Against a Stone was co-produced by Dan Auerbach of The Black Keys, June went further outside her comfort zone in working with producer Jack Splash, best-known for his work with Kendrick Lamar, Alicia Keys and John Legend. The result is a more ethereal sound that also plugged into a theme of wonder and possibility, a path the Tennessee native realized shortly after she wrapped up working with Splash.

“After these songs were recorded, which was March of 2020, looking at all of them I noticed there was a thread of positivity running through everything,” she recalled. “That there was a story there that I could tell and there was a way that it could be concept record. That was when I decided that I could use this record as a tool for positivity with people and hope and their dreams and aspirations and things like that. I felt like the songs have that ability but also looking at the world and everything we went through since 2020, I knew we were going to need some hope.” 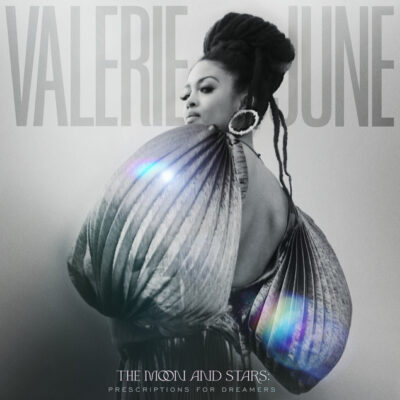 The dreamscape June and Splash construct throughout Moon and Star is utterly hypnotic. Highlights range from “Stardust Scattering,” an atmospheric journey that finds couplets like “Merrily life is but a dream/Consciousness directs the stream/There’s a flow to everything/Watch the stardust scattering” adorned with subtle brass charts and dollops of mellotron to the acoustic-soaked rumination of loss and heartbreak that is “Fallin’”. Elsewhere, songs like the piano-kissed “Why the Bright Stars Glow” opens with the lines “When the race is run/And the goal is run/Look how far we’ve come/Dancing in the sun” offers a straight shot of hope while it’s sister track “Smile” proves to be a lighter, more pop-flavored companion piece. One of the most compelling cuts features a cameo by storied Stax/Volt artist Carla Thomas who starts out reciting the translucent 30-second “African Proverb” and its admonishment that “Only a fool tests the depth of the water with both feet,” which gives way to “Call Me a Fool,” a classic slice of deep-fried Southern soul that finds June going from a croon to a growl while singing, “Call me a fool/For your love baby/And I’ll be a fool any time/I’ll be a fool any time for loving you.” Aching with desire and passion, it’s made all the more potent thanks to the horn and string arrangements that make it sound like a lost ‘60s/’70s soul track. Having Thomas provide backing vocals doesn’t hurt either. It wound up being a spiritual and musical connection June loves recounting in her soft, honey-tinged Southern accent.

“The whole Memphis/Tennessee side of the record was joined through Royal Studios in Memphis, which is [Lawrence] Boo Mitchell—he’s the son of Willie Mitchell—who worked with Al Green and everything,” she said with a laugh. “Going in there and asking Boo if he knew how to get in touch with Carla—he knew exactly how to do that. He hooked us up with each other and we hit it off. We recorded in his studio and we had the best day together—just hanging out. The session only took about 45 minutes. The rest of the day, from 10 a.m. until midnight—we went to see shows in Memphis, we had a drink. We just had so much fun. She was telling me stories about Rufus Thomas and Otis [Redding], her co-partner on so many songs. It was just a dream come true in so many ways to work with her.”

Creative relationships are crucial to June and in recent years, she admits to the gratitude she’s had for being able to work with a number of other legendary artists including Booker T. Jones and Mavis Staples (“I just feel so lucky that I get to work with these people who paved the way for me to be able to do what I’m doing.”) But it’s the recent Splash connection which continues to resonate with June, who praises him for the creative growth he helped her experience.
“Jack was like [a teacher] where he’d say that we were using this kind of microphone or this was what we were doing,” she said. “Or we were doing something a certain way and explaining everything. I was messing with beats and learning how to drop beats into my songs and make electronic music. That is a whole other world and I really enjoyed mixing those sounds with the sounds of the natural instruments like the natural wood of an acoustic guitar or a banjo with a beat. I was able to take those other forms of music that are more electronic and try to dabble with it a little bit. It was like a master class of sorts.” 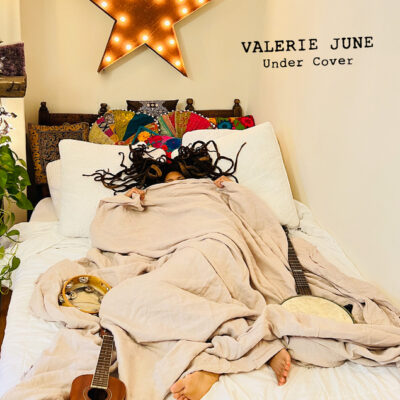 That playful nature also extends to June’s latest release, the eight-song EP Under Covers, which she released in August and features her idiosyncratic and eclectic takes on songs by artists ranging from Bob Dylan (“Tonight I’ll Be Staying Here With You”), Nick Drake (“Pink Moon) and Nick Cave (“into My Arms”) to Gillian Welch (“Look at Miss Ohio”), Mazzy Star (“Fade Into You”) and Frank Ocean (“Godspeed”). In the meantime, June is thrilled to be back on the road.

“[Last year was] kind of quiet for a record year because I wasn’t able to play very many shows,” she explained. “It was kind of a little sad because I’m used to traveling, seeing my fans, being on the road, kissing babies and hugging puppies. But now can do that and I’m glad that everything has been coming together and we’re able to play shows again.”

Valerie June will be appearing on Nov. 4 at Landmark on Main Street, 223 Main St., Port Washington. Visit www.landmarkonmainstreet.org or call 516-767-6444 for more information.