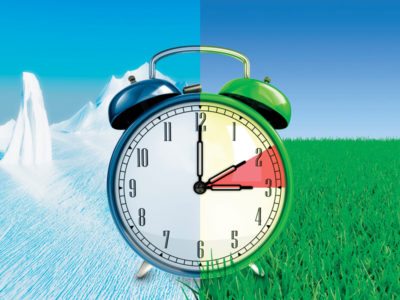 Daylight saving time is approaching and that means we will all soon lose an hour in our day. March 12 marks daylight saving time (DST) when the clocks must be set forward an hour at 2 a.m. Although we are losing time to sleep, the sunrise and sunset will be about one hour later, meaning there will be more daylight in the evening.

Willet’s Daylight Saving plan caught the eye of a Member of Parliament who later introduced a bill to the House of Commons. The United Kingdom began using Daylight saving time in 1916 shortly after Germany began using DST and Willett’s death.

DST was originally called “Fast Time” and was introduced in the U.S. in 1918 when President Woodrow Wilson signed it into law to support the war effort during World War I. Although later repealed, President Franklin D. Roosevelt instituted year-round DST in 1942. However, it did not become standardized until the U.S. Uniform Time Act of 1966 that stated the U.S. would observe six months of DST and six months of Standard Time.

After the Energy Policy Act of 2005, the DST we use today was instated, meaning that DST starts on the second Sunday in March and ends on the first Sunday in November, giving the U.S. eight months of DST.

Be sure to turn the clocks forward at 2 a.m. on March 12 to 3 a.m. even though you will lose an hour of sleep.

Previous articleCurb Your Sugar
Next articleTeachers: Class Is In Session