One way or another, The Town of Oyster Bay will continue to trim its workforce.

At the November 14 Town Board meeting, the public learned that one pathway to savings was blocked by Nassau County earlier this month. The town’s proposed budget had called for the folding of its 24-person Department of Public Safety into the county’s payroll through Governor Andrew Cuomo’s Shared Services Initiative.

However, after studying the figures supplied by the town, the county realized it would not realize any savings and nixed the merger. Oyster Bay Supervisor Joseph Saladino, in making the proposal, had argued that the town owed it to the taxpayers to explore any avenue of savings.

The budget providing for the elimination of the department passed 4-3 on Oct. 24, with trustees Tony Macagnone, Rebecca Alesia and Michele Johnson voting against it.

Backing Saladino were Lou Imbroto, Joe Muscarella and Thomas Hand (though the latter publicly stated his support for keeping the department).

Even if the county (and its union) had agreed, it’s doubtful the union representing the town’s workforce, CSEA Local 881, would have assented; its leaders argued that the collective bargaining agreement—which runs through December 2021—does not allow for such transfers.

Eliminating the department would have realized savings of $1.3 million, and Saladino vowed that “we will continue to seek savings in every corner of government. I’ll continue to advocate for the Shared Services Initiative and will not back down from analyzing all options, even when special interests exist.”

The board, on Nov. 14, subsequently passed a resolution to transfer funds from a contingency budget to keep the department.

Saladino praised the men and women of public safety for their efforts, and stated, “that department will be asked to achieve savings through efficiencies and attrition, while maintaining the services and safety that they provide to our town.”

Starting with Saladino’s predecessor, John Venditto, the town has responded to its fiscal woes by reducing its workforce, mainly through attrition. Early retirement incentives have been a big part of reducing the payroll from 1,250 earlier this decade to less than 1,000 today.

At the Nov. 14 meeting, the board passed a resolution to proceed with a public hearing on Nov. 28 to consider a local law authorizing a retirement incentive program as well as a voluntary separation incentive program for the town’s eligible employees.

Anybody who became eligible to retire within the local retirement system during the period beginning Aug. 1 to Dec. 31, 2017, will receive a separation package of $1,000 per every year of service plus health insurance for life.

Those who are already eligible to retire but did not retire previously will be offered $500 per year of service plus lifetime health insurance.

“The voluntary separation incentive is something new and something that Nassau County has done,” Spinelli said. “For anybody who feels that they want to leave the town[’s employment], we’ll give them $1,000 per year and that is all.”

When someone questioned the lifetime health insurance, Spinelli pointed out this was mandated by state law and the town’s collective bargaining agreement.

“We’ll continue to right-size government,” Saladino affirmed. “Bottom line is, we’re looking to save money. This is something many municipalities have put into place.”

The state assigns different tiers to the municipal retirement system, and Spinelli said most Oyster Bay employees are in Tier 4, and eligible to retire at 55 after putting in at least five years of service (but receiving full benefits only if they retire at 62). Employees hired on or after April 1, 2012 are under Tier 6, wherein they must put in at least 10 years to be vested into the retirement system. These hires must retire at 63 to receive full benefits.
Margaret Eaton, of Hicksville, wondered if a department would be left with critical shortages if too many decided to take either one of the incentives.

Saladino answered that staff reductions “will allow us to reorganize your workforce. If we need to transfer employees from one department to another to meet the needs, we have the ability to do that. We have no concern that there will be any problem with services rendered in our town.” 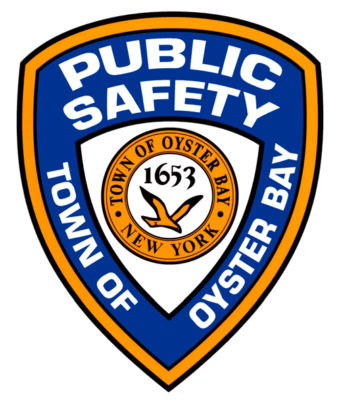 Saladino informed the audience that the town had formed a Quality of Life Task Force to address concerns such as illegal housing, zombie houses, noise, non-maintenance of property, and other such issues.

To highlight the issue, Saladino was joined by trustees Imbroto and Hand and Town Clerk James Altadonna at a residential neighborhood in Bethpage. They met local homeowners who recently filed a complaint with the town regarding illegal room rentals in a neighborhood house.

“The town has been consistently recognized as one of the best places to live in the nation by numerous publications, including national [ones], and has seen a steady increase in the values of homes, properties and businesses” the supervisor noted.

According to a press release, “The Quality of Life Task Force will be comprised of representatives from multiple town departments, including members of Code Enforcement, Department of Planning & Development, and Town Attorney, as well as contain members of local law enforcement and fire protection agencies. This inter-municipal cooperation will put the town in the unique position to crack down on these types of quality-of-life issues that may be plaguing our residents in the quickest and most efficient way possible.”

One of the task force’s top priorities will be to crack down on illegal rooming houses
Residents can contact the Quality of Life Task Force through Code Enforcement at 516-624-6200.