Tommy Tune At The Landmark

Tommy Tune will be performing in his one-man show, Taps, Tunes & Tall Tales, at the Landmark on Main in Port Washington on Friday, April 15, at 8 p.m. Tune is accompanied in the show by his music director of nearly four decades, Michael Biagi, on piano.

The show includes Tune’s personal renditions of standards by Irving Berlin, Burt Bacharach, Carole King, Green Day, Gershwin and more. Taps, Tunes & Tall Tales is autobiographical and takes guests through his arrival in New York City from Texas as a young kid with big dreams through all of his roles on Broadway and in movies. Tune takes the stage and dances, sings and tells tales about his journey to become a Broadway icon.

“I love doing direct address with audiences,” said Tune. “I’m at a time in my career where I like to stop and take stock of where I’ve been. This is an arc of 55 years in show business, beginning with my first day in New York.”

Tune stands 6’6” tall and dazzles in this show with his larger-than-life personality and phenomenal dancing. The years have been kind to him and he has an ageless stage presence that envelops the audience. You’ll leave the show feeling as though you spent the evening in the company of a great friend.

Tune is one of Broadway’s most accomplished director-choreographers and is the winner of 10 Tony Awards. He won his first Tony Award in 1974, and his most recent in 2015. When asked if receiving his latest Tony feels as good as the first, Tune said, “The first Tony was the best. The first one is like your first love, you never forget it.” 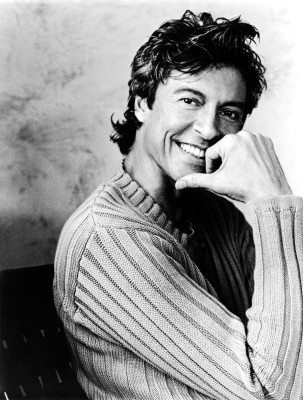 Tune said the most recent Tony was a great honor, though. “You have to enjoy whatever is going on in the moment. I try to live in the moment. It makes for a happy life.”

In addition to the Tony Awards, Tune has won the National Medal of Arts, eight Drama Desk Awards, three Astaire Awards, and multiple Life Time Achievement Awards including the Society of Directors and the Choreographers’ George Abbott Award. Tune is the recipient of the National Medal of Arts, the highest honor for artistic achievement given by the President of the United States. and he has a star on the Hollywood Walk of Fame.

Tune’s prolific career on Broadway includes Nine, Grand Hotel, A Joyful Noise, My One and Only, among many others.

Patrick Rinn, the show’s production supervisor and lighting designer, has worked with Tune for 25 years.