It may be 30-plus years since Cinderella’s 1986 debut Night Songs was released, but founding member and frontman Tom Keifer hasn’t let his passion for making music flag one bit.

Days with his old band came to an end in 2012 due to circumstances Keifer would rather not discuss. “I’ve moved on and I wish everybody well, of course” he said. “I’m happy where I’m at and this is where I’m staying. I don’t ever delve into the details of what the issues are.”

In the meantime, he’s been busy promoting his 2013 debut The Way Life Goes, which was reissued as a deluxe edition last year.

A legal dispute with the label that first released it took a number of years to resolve and caused its removal from store shelves for a number of years, which led to Keifer deciding to “add to the record and [re]release it with a bang…” once distribution was re-established. The two bonus cuts are studio versions of songs that Keifer has been performing with Halestorm singer Lzzy Hale—a cover of “With a Little Help From My Friends” and a duet on the Cinderella standard “Nobody’s Fool,” both produced by Vance Powell (Chris Stapleton; Jack White).

“Both of those [songs] were pretty popular with the fans and they’d been asking for studio versions. They made a lot of sense to do as bonus tracks. In addition, there’s a really cool documentary on the band in the studio [called The Way Life’s Goin’ that shows us] working with Vance [Powell] and Lzzy recording the songs,” he explained. “There’s really cool packaging that we had done that’s a 20-page custom booklet with illustrations, kind of bringing each song to life by David Calcano, who is an amazing artist. We really tried to pack it with some cool stuff. The idea was to get it back on the shelves.”

While lazy critics and fans were quick to label Keifer’s old band as being a hair-metal outfit, the band’s roots lay in hard rock informed by blues, country and gospel, the cornerstones of American roots music. As such, fans coming out to see Keifer can expect plenty of that and more.

“It’s a big, loud rock show. There’ll be all the Cinderella faves and hits that everyone would want to hear along with songs from The Way Life Goes. Everybody sings in the band, so everything is 100 percent live. There are not tapes or tracks, so there’s a lot of fire to the band,” he proudly said.

Inspired by seeing The Beatles on The Ed Sullivan Show and the songcraft he heard from The Monkees on their self-titled television show, Keifer started playing guitar when he was eight. By the time he was in high school, the Pennsylvania native was playing the South Jersey cover band circuit. An early version of Cinderella came together circa 1982 and the usual education at the school of hard knocks ensued. It included an encounter with Gene Simmons, who had previously mentored Van Halen to a record deal. 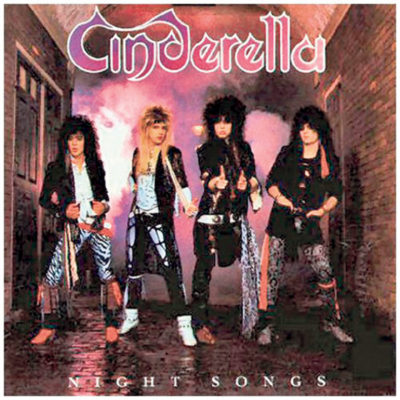 While Keifer admits that the Kiss bassist gave his band good advice, he was rebuffed when he tried to get Cinderella a record deal, it wasn’t until Jon Bon Jovi wandered into the Empire Rock Club around the time Slippery When Wet was blowing up and told Mercury Records about this new band he’d discovered. Keifer and his crew were signed to a six-month developmental deal before they recorded their debut. Despite the four or five years of commercial success the band enjoyed thanks to 1988’s Long Cold Winter and 1990’s Heartbreak Station, the combination of grunge’s ascension and a vocal chord paralysis diagnosis for Keifer did a number on the band.

All through this, the vocalist soldiered on and sang to the best of his ability while seeking out different types of treatment. But it wasn’t until 2009 that his work with vocal coach Ron Anderson helped him manage the situation.

“What I have is partial paralysis of a vocal chord, so there is not a medicine or a surgery that can fix that. I was told in the early ’90s that I would never sing again and my only prayer of singing again would be to train it,” he explained. “It’s taken me decades—it’s like two steps forward and three back. The surgeries I’ve had are not to deal with the root problem but to repair injuries that I’ve had because I have a weakness. It’s like running on a sprained leg.”

For now, Keifer is looking to the future, working on new songs and looking to have a new record out either in late 2018 or early next year.

Tom Keifer will be appearing on July 20 with The Raskins at The Space at Westbury, 250 Post Ave. Westbury. To find out more information, visit www.thespaceatwestbury.com or call 800-745-3000. Visit www.longislandweekly.com to read about Tom Keifer’s favorite bands and to read a longer version of this story.