To receive an application to apply for the Fall 2020 semester, visit hopeforthewarriors.org and apply for services.
Read more
Senior Living

From side dish to centerpiece

No one knows who the enterprising kitchen hack was that first shoved breadcrumbs inside of a turkey and called it “stuffing” on Thanksgiving, but chances are that cook was at least partially inspired by a chef from sometime between the second century B.C. and the first century A.D.

It is from that time period that the earliest known cookbook was found, by a chef named Apicius. That book, Apicius de re Coquinaria, features recipes for stuffed chicken, rabbit, pig and dormouse, with the main ingredients being vegetables, herbs, nuts, chopped liver and brains, obviously.

But times have changed—we no longer stuff dormice with brains to celebrate the winter solstice. In fact, most people don’t even stuff their birds on Thanksgiving, opting instead to cook their stuffing in a casserole dish on the side, which prompts people from the southern portion of the country to rename the dish, “dressing”—a truly confusing nomenclature once the salad hits the table.

One word that comes to mind with stuffing is “comfort.” The mix of herbs with bread and veggies create an aromatic cloud that blankets the olfactory with a warming appeal. But as it is the chef that makes the rules in the kitchen, it is their prerogative if they wish to mess with that comforting formula.

With the basic foundation of stuffing being bread and herbs mixed together, there is plenty of room for experimentation with a long list of traditional and not-so-traditional ingredients, if the cook is so inclined. With that in mind, here are four stuffing ideas for any adventurous chef looking to make their guests uncomfortable this holiday season. 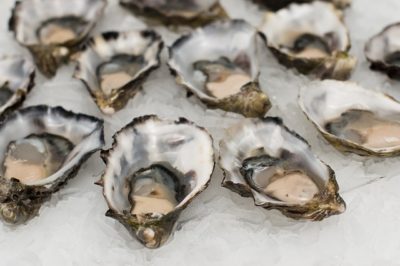 On Food Network’s website, Paula Deen calls it “Oyster Dressing,” but since this is Long Island, we will go ahead and call it oyster stuffing. This recipe includes cornbread, buttermilk, white bread and an entire sleeve of saltine crackers—ingredients so familiar that it makes the sharp left turn to oysters all the more jarring. Yet, oyster stuffing remains a fond childhood memory for many eaters, particularly those from the south. 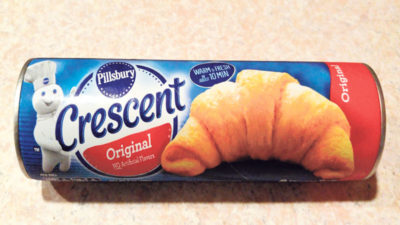 The Pillsbury Doughboy is a monstrous conglomeration of enriched bleached flour, water, sugar, oils and other ingredients mixed together to form a walking, talking, giggling freak of nature—who just so happens to go great with butter. Crescent roll stuffing takes one of the Doughboy’s most popular items and mixes it with sausage and all of the classic flavors of Thanksgiving. It is truly a high caloric sight to behold.

Named after the legendary mayor of New York City, this stuffing includes store-bought everything bagels, cream cheese, red onion, capers and, of course, smoked salmon. A play on the classic cream cheese and lox bagels available on seemingly every corner of the city (and Long Island, for that matter), Ed Koch Stuffing takes the dish to flavor levels—and creates an all-new dimension to the Thanksgiving leftover sandwich.

Italians are sticklers for tradition, with each Italian grandmother believing her recipe is the best recipe—no matter what. Most Italian stuffing recipes adhere to old-world techniques, while at the same time veering off from the staid stuffing boredom. This recipe for Italian sausage stuffing from chef Donatella Arpaia, which serves 12, calls for wild rice, a mix of gourmet mushrooms and sweet Italian sausage.

1. In a large saucepan, heat chicken stock with a small onion, bay leaf and 1½ teaspoons coarse salt, add wild rice. Cover and bring to a boil over moderate heat, stirring occasionally, until the rice is tender, about 1 hour; add a little water during cooking if necessary.

2. Cook Arborio rice in chicken stock according to instructions on box, set aside.

3. In a large nonstick skillet, brown the sausage meat over moderate heat, breaking it up with a wooden spoon, until cooked through, about 8 minutes. Transfer to a plate and let cool slightly, then coarsely chop.

4. Heat 2 tablespoons of the olive oil in the skillet. Add the onions, celery and garlic and season with salt and pepper. Cook over medium heat stirring often, until translucent.

5. Heat the remaining 1 tablespoon olive oil in the skillet. Add the chopped mixed mushrooms and cook over high heat, stirring, until softened and browned, about 5 minutes. Season with salt and pepper and add mushrooms to the onion mixture. Stir in the wild rice, Arborio rice and sausage and season again with salt and pepper. Combine all together add parsley, crack a raw egg and stir to bind together.

6. Preheat the oven to 400°F. Cover the dish with foil and bake the stuffing for about 20 minutes, until heated through or if you wish to make ahead:

7. The recipe can be prepared to Step 4 up to one day ahead; cover and refrigerate. Let return to room temperature before baking.