The Lives Of Black Mothers And Babies 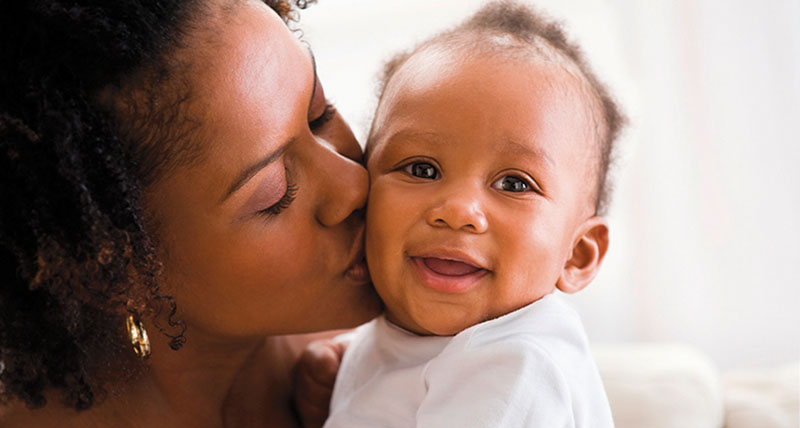 In a report issued by Nassau County’s Department of Health—Community Health Assessment and Community Health Improvement Plan (2016-18)—there is no mention of maternal mortality or information on social and environmental risk factors for women and infants of color. Consequently, no initiatives to address maternal and infant mortality disparities are recommended, yet overall Nassau County health data indicates that it ranks at the top of all counties in New York State.

To address this “invisible injustice,” maternal and child health advocates convened at Hofstra University on March 23 for a Birth Equity Breakfast organized by the Nassau County Perinatal Services Network.

Birth equity refers to the assurance that all human beings have the best possible births, buttressed by careful attention to racial and social disparities.

Keynoter Dr. Martine Hackett, assistant professor at Hofstra University’s School of Health Professions and Human Services, presented data from the state Department of Health that showed the disparate outcomes for black mothers and babies as compared with their white counterparts.

Infant mortality refers to the death of children before their first birthdays, which is a key indicator of the overall health of a population. According to the United Nations International Children’s Fund (UNICEF), Japan is the number one ranked country for newborn survival, while the United States ranks only 22nd in the world.

Dr. Joia Creer-Perry, president of the National Birth Equity Collaborative, spoke about the perception of black mothers and the barriers to receiving holistic care by the health care system. If a woman is living under great stress she will have trouble carrying her baby to term. Premature birth to underweight babies is a leading cause of infant mortality.

Social justice activist and attorney Fred Brewington condemned the institutional racism prevalent in healthcare that has resulted in infant mortality figures today that are no different than they were almost a century ago.

Just weeks after the Birth Equity Breakfast, Tasha Portley, a nurse living in Tyler, TX, spoke at a similar forum halfway across the U.S. In a report published in the April 16 edition of the Tyler Morning Telegraph, Portley stated that “Pregnant black women often experience casually degrading remarks from white people when they seek maternal health care.”

Portley shared the story of a black woman who had some difficulty acquiring a breast pump from a local social services agency and, in the process, was the target of demeaning remarks by an employee. Portley went on to say, “We are dying because we are black and we are living in a country where there is inherent racism. It is systemic. It is the thread; it is the fiber of everything that exists.”

Hackett highlighted what needs to happen in order to turn the corner on disparities in Nassau County. Among her recommendations were to inform women after childbirth of warning signs for hemorrhage, embolism or infection, especially when there are preexisting conditions; to enhance service integration for women and infants; and to treat women of color with dignity, respect and culturally relevant care.

Bringing birth inequities to light is an important step forward. When this issue is not identified in Nassau County health data, people don’t know about it and it cannot be addressed. The breakfast concluded with the unveiling of the Birth Justice Warriors, an initiative envisioned by Hackett, to train birth advocates with the hope of ameliorating the birth inequities in Nassau County.

Andrew Malekoff is the Executive Director of North Shore Child & Family Guidance Center, which provides comprehensive mental health services for children from birth through 24 and their families, including support for pregnant and parenting teens and their babies. To find out more, visit www.northshorechildguidance.org.