The Everlasting Search For Meaning And Consciousness 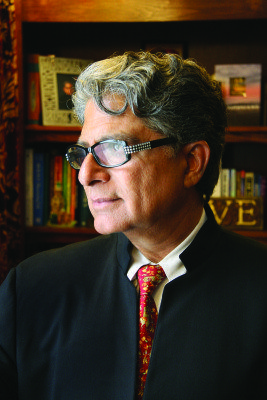 Deepak Chopra touches down on Feb. 7

So how is the doctor?

“I’m 69 and in perfect health,” said Deepak Chopra, MD, over the phone. “I don’t take medicines. I walk 5 to 10 miles and meditate two hours every day,” continued the man who has found time to write 80-plus books, give countless talks, run several organizations and be on the faculty at numerous institutions.

Chopra is known to millions as a leader in “alternative medicine” and as a “New Age spirituality guru”—terms he rejects, by the way.

Over the years Chopra has had a sometime contentious relationship with his medical peers, who’ve objected to his methods and therapies, and the introduction of Ayuverda (traditional medical principles from his native India) to mainstream medicine.

Chopra said he prefers the term “Integrative Medicine,” in which “drugs and surgery are used for acute conditions, and lifestyle changes are used for chronic illnesses.”

Chopra’s brother, Sanjiv, is a professor of medicine at Harvard Medical School and is in agreement with his healing philosophy. Chopra gives periodic talks at the prestigious facility.

Chopra was on staff and taught at several hospitals and medical schools after emigrating from India in 1970, and is licensed to practice in both Massachusetts and California. He notes that to maintain his licenses he has to accumulate continuing medical education (CME) credits and keep up with the medical literature. 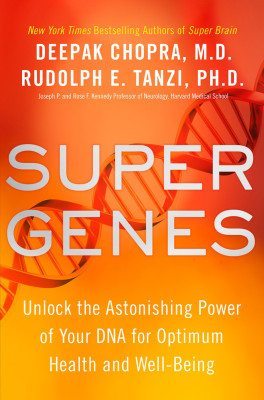 On the whole, Chopra grapples with the “big issues” in his books, videos and lectures: God, living a meaningful life, the nature of reality, the relationship between mind and reality. One of his fundamental beliefs is the primacy of consciousness over matter, one of a number of controversial views that has earned him the description as “a magnet for criticism.”

He has had well-known feuds with such “militant atheists” and “materialists” as Richard Dawkins and Sam Harris.

Chopra is dismissive when asked about these controversies.

“Been there, done that,” he said. “But the issue hasn’t been settled. It’s never settled. If it were, we’d have nothing to do or talk about.”

He has also been scorned for his high lecture fees and millionaire status—at odds, his critics say, with his spiritual advice and warnings against excessive materialism.

When asked about his wealth, Chopra said that much of his money is poured into the Chopra Foundation, whose aim is to create “a peaceful, just, sustainable and healthy world.”

The Nature Of Nature

Chopra said early on he was drawn to neuroendocrinology, the study of brain chemistry, which became his medical specialty.

His life’s task, the focus of his further study and research, is to answer the question, “What is fundamental reality?” and “How do biochemical processes influence consciousness?”

“It’s one of the hardest problems in science,” he said of the nature of consciousness.
Last November, Chopra published his latest book, Super Genes, written with Rudolph E. Tanzi, a neuroscientist at Harvard’s Massachusetts General Hospital.

The essential thesis of the book is that genes do not totally determine your destiny and can work with one’s environment and lifestyles in complex ways that can lead to good outcomes.

As Tanzi told the New York Post: “Most of what you inherit [the DNA from your parents] is written in clay rather than stone. That means you have the chance to be a sculptor.”

“It was a very exciting book to do,” Chopra noted. “A mainstream, very well-known neurogeneticist working with me, a (in ironic tones) fringe figure.”

The book puts a primacy on proper dieting and exercise as keys to improving one’s wellness and health outcomes.

Chopra made note of New Year’s resolutions and the popularity of physical fitness centers in early January. He admits that changing one’s lifestyle is difficult.

“Change—when it’s not brought on by a crisis—can only occur through a profound inner spiritual experience and a shift in consciousness,” he said.

Days after 9/11, Chopra placed a full-page ad in newspapers titled “The Deeper Wound,” a meditation on the meaning of the event. He called for soul searching and wrote, “None of us will safe behind the shield of military might and stockpiled arsenals. There can be no safety until the root cause is faced. In this moment of shock I don’t think anyone of us has the answers. It is imperative that we pray and offer solace and help to each other. But if you and I are having a single thought of violence or hatred against anyone in the world at this moment, we are contributing to the wounding of the world.”

Chopra is disturbed about the violent consequences of that fateful day. He said he’s reading a book titled Sapiens: A Brief History of Humankind by Yuval Noah Harari, which graphically describes our species’ extermination of other humanoids.

“The conclusion is that the human species is psychotic, and the madness is magnified by [modern technology and weapons],” Chopra said. “We live in an insane asylum.”

Asked about his legacy, Chopra said that to believe in one’s enduring permanence or influence is “vanity. Time marches on.”

His many books and videos will potentially help people far into the future, and some of the good works of his foundation will bear fruit. But he remains realistic.

“Maybe we’ll be remembered for a generation or two, then we’ll be forgotten. Nobody will give a hoot,” he concluded.

See Deepak Chopra: The Future of Wellbeing at the Kupferberg Center for the Arts on Sunday, February 7.