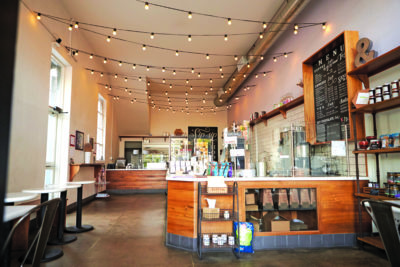 A lot of people have their own preferences when it comes to their food and drinks, and one of the many great things about coffee is that you can make it to your liking. If you walk into any Starbucks or Dunkin Donuts and look at the menu, you’ll see that there is a plethora of different coffee flavors. Who knew there was a demand for Butter Pecan flavor coffee anyways? Here are some flavors of coffee that will be sure to perk you right up.

The term French vanilla was originally used to describe a vanilla custard or ice cream that was made with cream, egg yolks and vanilla extract. The flavor French vanilla, in addition to vanilla extract, also contains hazelnut, caramel or butterscotch flavors as well as spice notes such as anise and cassia. French vanilla is usually a sweet tasting flavor, but some places do have unsweetened French vanilla, which doesn’t overwhelm the person drinking it.

On the other side of the flavor spectrum from French vanilla is mocha—another popular choice of flavor for coffee lovers. Mocha is a chocolate-flavored variant, which its name is derived from the city of Mocha, Yemen, which was one of the centers of early coffee trade. Mocha is a close cousin of coffee and hot chocolate, and has a sweet and bitter chocolate flavor.

Hazelnut flavored coffee is another good choice. Hazelnuts are used in confectionery to make praline and are also used in combination with chocolate for chocolate truffles and products such as Cadbury chocolate bars and Nutella. Turkey is the world’s largest producer of hazelnuts. The characteristic flavor of hazelnuts is described as nutty, toasted and earthy. For people that love the hazelnut flavor, add a dash of cinnamon to give that roasted nut taste a kick.