Tapping The Power Of Youth 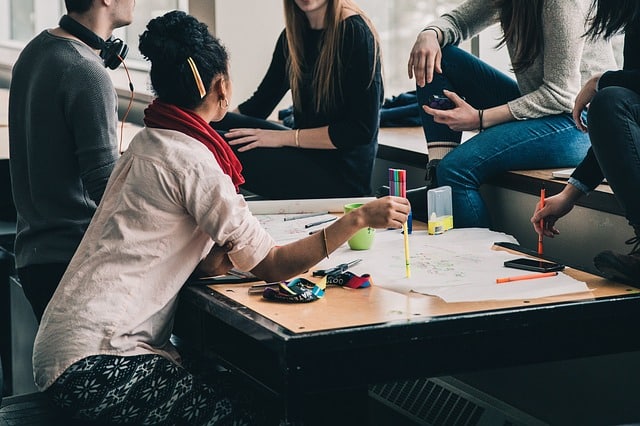 The headline read: “Student activists prevail.” It was a story by Joie Tyrell published earlier this year that told the tale of a group of high school students who were researching the international issue of access to feminine hygiene products.

In their research, the teenage girls found that New York State legislation called for the provision of feminine hygiene products in the restrooms of all school buildings at no charge to students. Yet the Lindenhurst High School girls found that in their school such products were only available in the nurse’s office.

The girls addressed the issue with a school administrator and district officials. The authorities responded to the girls’ advocacy and the situation was remedied.

Some years ago, I worked in a high school where I encountered a situation that also involved a high school bathroom. In this case the problem was the fact that there were no doors on the stalls in the boy’s bathroom.

A group of boys, who were members of a school-based mental health counseling group, raised the issue. As one of them said, “Do you think they have any idea how humiliating it is to go to the bathroom with no doors on the stalls? There’s no privacy; it’s embarrassing.”
The group decided to present their concern to school authorities. During a group meeting they rehearsed what they would say. Soon after they requested a meeting with the principal, and sometime after that their “demand” was met.

What these two stories have in common is young people identifying problems, having a vision, organizing and taking steps to ensure they receive the respect and dignity that they deserve.

As we approach the beginning of another school year, it is worth noting that young people have power and, when they exercise it and receive support, they can make a difference.
Roger A. Hart, a professor of environmental psychology, has devoted much of his life’s research to children’s development in relationship to the physical environment. To that end he created a “ladder of participation” that differentiates the degrees to which young people might initiate change.

Following is an elaboration of the ladder of participation by Adam Fletcher, an internationally recognized expert on youth and community engagement. Fletcher starts with the top rung of the ladder.

• Young people-initiated and directed: Young people initiate and direct a project or program. Adults are involved only in a supportive role.

• Adult-initiated, shared decisions with young people: Projects or programs are initiated by adults but the decision-making is shared with the young people.

• Consulted and informed. Young people give advice on projects or programs designed and run by adults. The young people are informed about how their input will be used and the outcomes of the decisions are made by adults.

• Assigned but informed. Young people are assigned a specific role and informed about how and why they are being involved.

• Tokenism. Young people appear to be given a voice, but in fact have little or no choice about what they do or how they participate.

• Decoration. Young people are used to help or “bolster” a cause in a relatively indirect way, although adults do not pretend that the cause is inspired by young people.

• Manipulation. Adults use young people to support causes and pretend that the causes are inspired by young people.

Understanding the ladder of participation can help those of us who care about kids to know when to lead, follow or get out of the way. In any case, making decisions that support young people becoming active participants in community affairs is a win-win, particularly when it supports them in blazing a path and making a difference in areas where we have failed.