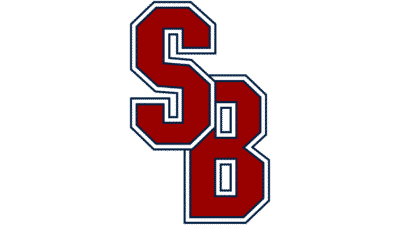 Months of uncertainty in the college sports realm are starting to see some clarity. And it starts with college basketball.

The NCAA recently announced men’s and women’s basketball can return on Wednesday, Nov. 25, the day prior to Thanksgiving. Each individual institution can decide what its schedule will be. Men’s basketball can select a 24 or 25-game season, while women’s hoops will have the choice of playing 23 or 25 games.

While Stony Brook University has not announced its basketball schedule, the Suffolk County-based school is gearing up for the return of fall sports.

The NCAA originally postponed the start date to Nov. 10, but felt it is safer for schools to bring back basketball as student bodies across the country leave campuses for Thanksgiving break. At Stony Brook, all students will be remote starting on Nov. 30, meaning that the basketball players will not put other students at risk as they return to the court.

Last year, the Seawolves went 20-13, ultimately losing in the second round of the America East playoffs to the Hartford Hawks.

When the season does begin, Stony Brook will have plenty of obstacles to overcome. Elijah Olaniyi, who shot .361 percent from the 3-point range last year, transferred to Miami. He was also the team’s leading scorer, averaging 18 points per game.

Forward Andrew Garcia also left Long Island for Georgia and guard Makale Foreman is off to play for the University of California Golden Bears. Fellow guard Miles Latimer will play for Bucknell. This means Stony Brook lost all four of its top scorers from the 2019-20 season.

Head coach Geno Ford will have quite the challenge ahead as he attempts to make a rather young team successful in an already challenging season due to the coronavirus pandemic.

“There is so much energy that is building with the onset of basketball season,” Athletic Director Shawn Heilbron said. “Our teams have been practicing and I believe that Stony Brook fans have a lot to be excited about. It’s been a long wait but the return of basketball will be a tremendous boost to our campus and community.”

But the biggest acquisition for the Seawolves is junior guard Juan Felix Rodriguez, who transferred from Monroe College. He tallied 18.5 points per game and 6.5 rebounds per game at Monroe.

The challenges will be tough for Stony Brook to overcome in this unusual season. However, the mere fact that there will be basketball played on Long Island is something for everyone to be excited about.