Many of our children have been hearing about the coronavirus for a few weeks. Now that schools are closed, there is no escaping conversation...
Read more
Camps & Schools

Conflict is part of life. As many of us are trapped inside, tiffs are bound to happen. Teaching children how to effectively manage conflict...
Read more
Home Improvement 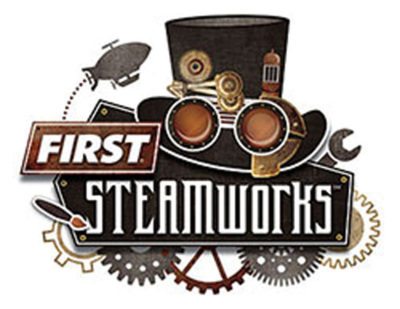 After a six-week build season, which culminated on Feb. 21, area students will soon have an opportunity to compete at the 2017 SBPLI Long Island Regional FIRST Robotics Competition, presented by School-Business Partnerships of Long Island, Inc. (SBPLI). Fifty-five teams from across Long Island, New York and Brazil will head to Hofstra University’s David S. Mack Sports and Exhibition Complex on Friday, March 31, and Saturday, April 1, to participate in this year’s challenge, dubbed FIRST STEAMWORKS.

Now in its 18th season, the SBPLI Long Island Regional features teams of high school-aged students from across Long Island, the New York metropolitan area and even around the world competing in a cooperative tournament-style robotics competition. Guided by their mentors, students rely on their skills in science, technology, engineering and mathematics to compete for honors and recognition that reward design excellence, competitive play and sportsmanship. This high-energy event further emphasizes the importance of high-impact partnerships between students, universities, businesses and communities.

Some of the local teams participating in this event are:

Described by FIRST as a competition that “invites two adventurers’ clubs, in an era where steam power reigns, to prepare their airships for a long-distance race,” FIRST STEAMWORKS is every part the ode to a time gone by. During the competition, two three-team alliances will take to the playing field to complete a variety of tasks in order to score points and win the round, with the hopes of eventually advancing to eliminations and finals. The finishing move of the competition is for the robots to climb a rope, the completion of which is denoted by a red-light indicator, as they seemingly “take flight” on the field.

“The SBPLI Long Island Regional is an amazing way for students from across Long Island, throughout New York and even from around the globe to showcase their talents in the STEM (science, technology, engineering and mathematics) fields,” said Debra Winter, Dave Johnson and Thom Rosati, co-directors, FIRST Robotics Competition, FIRST Long Island. “This year’s FIRST Robotics Competition game looks especially challenging, and we’re very excited to see what the students have come up with to complete each of the obstacles.”

As with all FIRST Robotics Competitions, FIRST STEAMWORKS will begin with a 15-second autonomous period, during which robots may only operate on pre-programmed instructions to complete one of three tasks and/or cross the baseline. Throughout the remaining two minutes and 15 seconds, students will control the team robots to build steam pressure, start rotors, and prepare for flight. Detailed instructions for each of these tasks are available in the official FIRST STEAMWORKS overview, and a visual description can be found in this animated video from FIRST.

“Each of SBPLI’s associated FIRST robotics programs, from FIRST LEGO League Jr. to the FIRST Robotics Competition, provide students with endless educational and career opportunities,” said Bertram Dittmar, executive director, SBPLI/FIRST Long Island. “The challenges afforded through each of the tournaments affords children from age six to 18 with the chance to develop the professional skills necessary to enrich their lives.”

Visit www.sbpli-lifirst.org for more information about SBPLI or FIRST Robotics.