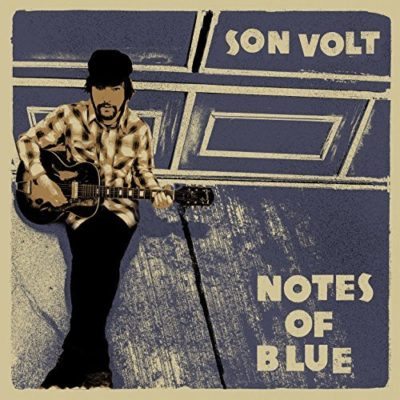 Faces/Rolling Stones guitarist Ronnie Wood once said that the blues is, “…part of the make-up of modern music. You can’t turn your back on the blues.” And so it goes with Jay Farrar, whose group Son Volt recently released Notes of Blue, a collection of originals very much indebted to and influenced by this most American of genres. It was an interest Farrar said had grown out of a desire to work on guitar-playing technique and a yearning to plug in again.
“For a couple of years, I wanted to concentrate on more fingerpicking style guitar. In this case, it meant that I was learning the tunings of Nick Drake, Mississippi Fred McDowell and Skip James. That was a common thread with all of those performers. When I was learning all of their tunings, it was kind of like learning a new instrument. So that opens creative doors to challenge yourself,” he explained. “The other thing that I wanted to focus on was playing more electric guitar. It’s been a while since I’ve played solos on our recordings, so this time around I did more electric guitar and brought out an old amplifier that’s pictured on the first album, Trace. I brought that amp out again to commemorate 20 years.”
Farrar continues to mine the somber and ethereal timbre that’s resonated throughout his band’s canon to great effect on these 10 songs. His touch ranges from the light and delicate picking and melancholy slide guitar of “The Storm” or floating through the ether of “Cairo and Southern,” to dropping a hammer of distorted riffing on the sledgehammer delivery of “Static” and grinding shuffle that is “Sinking Down.” 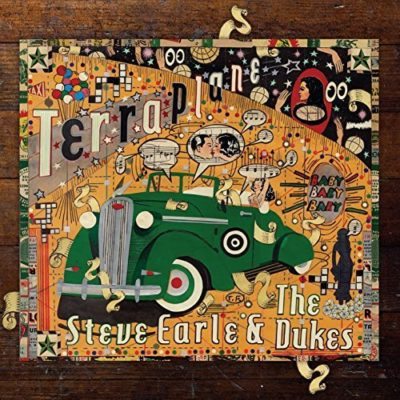 Not unlike fellow insurgent country visionary Steve Earle, who doled out his fair share of the blues on his mesmerizing 2015 outing Terraplane, Farrar’s path to the blues didn’t necessarily come straight from genre icons like Muddy Water, Howlin’ Wolf and Willie Dixon. While Earle’s early touchstones came through the psychedelicized prism of Johnny Winter and Canned Heat, Farrar’s springboard went through the British Invasion and classic rock.

“My first exposure to the blues would have been through The Yardbirds and The Rolling Stones, before I was old enough to go out to the clubs,” he recalled. “Even though I was learning those tunings [associated with] Mississippi Fred McDowell and Skip James [for this album], it filtered through my other experiences of listening to Tom Petty and ZZ Top on the radio. Ultimately, that’s where the arrow landed [for Notes of Blues].”
That collision of blues, folk (and a good bit of punk rock) first surfaced when Farrar teamed up in 1987 with Jeff Tweedy in the band Uncle Tupelo. That group helped shape today’s Americana genre over the course of four albums before the two songwriters split, with Farrar forming the original edition of Son Volt and Tweedy moving on to start Wilco.
Over the course of eight studio albums, Farrar has piloted Son Volt through several different lineups, but retained the group’s distinctive sound. The musicians that made Notes of Blue were singer/guitarist Farrar, keyboardist/bassist Mark Spencer, drummer
Jacob Edwards, pedal steel player Jason Kardong and fiddle player Gary Hunt.

With Son Volt just past the two-decade mark, Farrar has a pretty deep well to draw from for material. With the bulk of material for this tour being drawn from his newest project, the Illinois native is cognizant of trying to include songs from every stop of his current band’s journey. He’ll even be weaving in some solo material and also reaching back to when he and Jeff Tweedy were driving the Uncle Tupelo train.
“The set list is comprised of pretty much a song off every recording. It’ll be heavily primarily weighted with songs off of Notes of Blue. I try to pick songs from throughout the catalog to represent those different time periods,” he said. “I think the set that we’re going to be doing for this upcoming tour, there will be several Uncle Tupelo songs. I tried to pick ones that still have relevance to me. It’s not easy going back and confronting your 21- or 22-year-old self and identifying what was going on then. I’m finding some songs to take out on this tour.”