Imagine a society where children are burned alive. In this society, gas chambers, slave labor and death by starvation is the norm. Your name will be replaced with a number tattooed on your arm and your home will be replaced by a concentration camp.

This was life for a Jew under Nazi rule during World War II. It did not matter if you were religious or secular, wealthy or poor, the Nazis treated all Jews equally. Led by Adolf Hitler, the Nazis attempted to implement the Final Solution and systematically exterminate the Jewish people from this earth. During the Holocaust, more than six million Jews were murdered in less than a decade, an amount larger than the population of present-day Denmark.

Living in Romania, my grandparents were caught by the tentacles of the ruthless Nazi regime and were shipped in cattle cars to Transnistria, the “forgotten death camp,” in Romania. In Transnistria, the Nazis essentially planned to work each prisoner as a malnourished slave until they died. As the world watched in silence, while millions of Jews were murdered, my grandparents found a sliver of light in a world of darkness: they met each other.

My grandfather once told a story, which emphasized the pain he experienced and the horrors he witnessed in Transnistria. Inmates were forced to work at all hours of the day, in freezing temperatures below zero degrees with almost no food or clothing. While working, my grandfather witnessed other prisoners standing upright one moment, suddenly falling down as a frozen corpse mere moments later. This was life for a Jew in Transnistria, a world where a slow and painful death was the only guarantee.

The Nazis not only stole six million Jewish lives and millions of others, but they stole the ability to properly mourn for the dead. For years after WWII, my grandmother went to sleep at night, wondering if her brother survived the Holocaust and checking the mail each day, hoping to find a letter from him. Confirmation of his death came 40 years after WWII by someone who witnessed him drown in Russia. Millions of Jewish children could not become orphans because their parents merely disappeared. Proper mourning was impossible since death was many times unknown.

Today, 75 years after the greatest human rights violation in history, the Nazis may have been defeated but anti-Semitism continues to live on. Just last month, murderers attacked a kosher grocery store in New Jersey, leaving five dead. More recently, a synagogue was vandalized in California, targeted solely for being a Jewish place of worship. 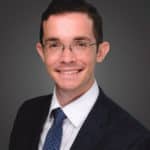 David Billet is a Nassau County resident and is a student at Fordham University School of Law.