It’s hard to believe that it’s been four decades since Saturday Night Fever hit the silver screen. The film’s soundtrack is quite literally the soundtrack of the ’70s and remains popular today. Many of the artists featured and still around making music.

From The Bee Gees to The Trammps, here’s where they are now:

Then: The Brothers Gibb enjoyed a second act following their origins as a Beatles-influenced pop group. The transition to being disco standard-bearers came to a head on this soundtrack, which found them penning eight of the 17 tracks and singing on six of them.

Now: Barry Gibb is the sole surviving member of the group as siblings Maurice and Robin passed away in January 2003 and May 2012 respectively. Barry Gibb has been recording and touring as a solo act.

Then: Discovered by composers Tim Rice and Andrew Lloyd Webber, she was thrust into the role of Mary Magdalene in various incarnations of Jesus Christ Superstar, eventually touring and recording with Eric Clapton in the early 1970s. The Bee Gees originally penned “How Deep Is Your Love” for her to sing until label president Robert Stigwood steered her to cut “If I Can’t Have You,” which wound up being the fourth number one single off the soundtrack.

Now: Following her return in 2004 following a lengthy hiatus to focus on raising her family, Elliman has been performing at music festivals, benefits and concerts.

Then: This Manhattan kid got his start giving rock treatments to classical music pieces, of which “A Fifth of Beethoven” was licensed by RSO Records. Disco treatments of George Gershwin’s “Rhapsody in Blue” and Phantom of the Opera followed.

Then: Composed of five Cape Verdean-American brothers from Rhode Island whose surname was the group’s moniker, Tavares scored early hits on the R&B charts with covers of “She’s Gone” and “Free Ride.” Their contribution to the Saturday Night Fever soundtrack, a cover of The Bee Gees’ “More Than a Woman,” got them their only Grammy.

Now: Still regulars on the oldies circuit, the group now is down to four brothers following the retirement of brother Pooch in 2014, due to stroke-related health issues.

Then: The Buffalo native got his start scoring for television in the 1960s before moving on to compose for a number of 1970s films including The Conversation, All the President’s Men and Farewell, My Lovely. Shire composed all the original music for Saturday Night Fever including his two contributions to the soundtrack—“Night on Disco Mountain” (based on Mussorgsky’s “Night on Bald Mountain”) and the timbale-driven “Salsation.”

Now: He’s also been married to actress Didi Conn since 1982, following his first marriage to actress Talia Shire. On the professional side, he’s conducted a number of orchestras for film scores and pop concerts, wrote and composed songs for the hit PBS children’s TV series Shining Time Station and was inducted into the Buffalo Music Hall of Fame in 2006.

Then: The acronym stands for Mother, Father, Sister, Brother and was actually a pool of 30 musicians that worked out of Philadelphia’s storied Sigma Sound Studios and was the house band for the Philadelphia International Records label. By the time M.F.S.B. recorded “K-Jee” for this soundtrack, the collective had scored a chart-topper with the 1974 smash “T.S.O.P. (The Sound of Philadelphia),” also known as the theme song for Soul Train.

Now: A latter-day version of the group was resurrected in 2005 by drummer Keith Benson with help from producer Kenneth Gamble. The group currently performs live. 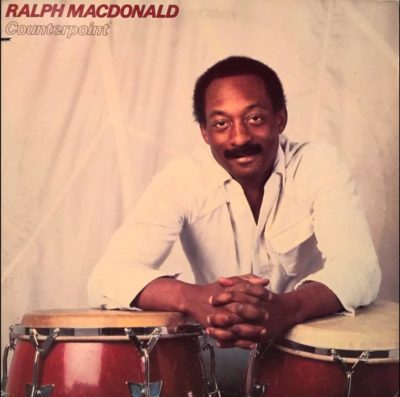 Then: The Trinbagonian-American composer got his start playing steel pan for Harry Belafonte and eventually composed the Roberta Flack/Donny Hathaway duet “Where Is the Love” and the Bill Withers hit “Just the Two of Us.” His “Calypso Breakdown” for this soundtrack is an overlooked percussive masterpiece.

Then: This Jersey City outfit was a jazz-funk group that spawned hits like “Hollywood Swinging,” “Jungle Boogie” and the horn-driven “Open Sesame” cut that found its way onto this soundtrack. The addition of vocalist James “J.T.” Taylor pointed the band in more of a better-known R&B direction.

Now: Taylor came and went from the Kool & The Gang ranks, last appearing in 1996.

K.C. And the Sunshine Band

Then: Up through their appearance on the Saturday Night Fever soundtrack via “Boogie Shoes,” these Floridians were well acquainted with the pop charts, having already racked up four number one hits.

Now: K.C. and the Sunshine Band continues to tour the oldies circuit.

Then: The Philly outfit is often acknowledged as being one of the first disco bands scored with its signature 1977 song “Disco Inferno,” which would later be covered by Tina Turner and Cyndi Lauper. The single was inducted into the Dance Music Hall of Fame in 2005.

Now: Two versions of the group, with differing line-ups, currently tour the nostalgia circuit. Lead singer Jimmy Ellis died in a South Carolina nursing home at age 74 in March 2012. Founding member Earl Young’s lineup most recently released the 2014 single “Get Your Lovin’ While You Can.”