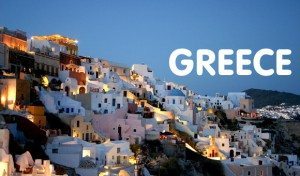 Comparing the Mafia and the current European leadership recently, the Irish Times said, “The Mafia makes you an offer you can’t refuse. The leaders of the European Union offer you a deal you can neither refuse nor accept without destroying yourself.”
The Greek government capitulated, accepting terms designed not to solve the country’s chronic debt situation, but to humiliate, to punish and bring to heel the good people of Greece. The country’s parliament approved a toxic “bailout” that is not a bailout in any way, and which was being referred to openly as “The Terms of Surrender.” In exchange for injections of enough emergency liquidity to push the next hold-your-breath moment back to the fall, there will be another round of austerity measures even harsher than those rejected overwhelmingly by Greek voters in a July 5 referendum. There will be more tax increases, more pension reductions and the auctioning off to foreign corporations of some $55 billion in public property in a process that Greeks will not be allowed to control.

You’ll still see Greece on maps, but it’s really no longer a sovereign nation. It will no longer control its currency, its economy, its laws, its future. Consent is no longer a factor in the Eurozone, but coercion is.
Even with the added cuts and sell-offs, Greece will not be able to pay back its paper debt. Even in 15 years, Greek debt will still be 118 percent of its GDP.
The Greek people didn’t do this. The Greek government, pigging out on Olympic stadiums and an arms buildup, was helped by Wall Street to hide the true extent of its tab using complex derivatives that increased the country’s debt more than eight-fold. Since the 2008 worldwide fiscal crisis, extreme austerity imposed by the EU, the European Central Bank and the Interational Monetary Fund have only made everything worse.

Greece has lost 26 percent of its GDP. 800,000 Greeks have lost all access to medical care. There are soaring infant mortality and suicide rates, incomes are plummeting, banks have imploded and four in 10 children now live in poverty.
Forcing more austerity on Greece will not fix the problems caused by forcing austerity on Greece.
Since 2011, here’s how austerity has benefited the GDP of European economies: France, down 9.1 percent; Spain, down 9.7 percent; Ireland, down 8.4 percent; Greece, down 18 percent.

Ireland, which threatened to fight back before its capitulation, has completed its six-year program of austerity and taxpayer assumption of bank debt, still owes $117 billion to foreign banks. Iceland, which put bankers in jail, let banks that made foolish loans go under and rejected austerity, will be debt free by the end of 2015.

The IMF says that over 90 percent of bailout money hasn’t actually gone to Greece, but to banks in Northern Europe.
The only way out for Greece is for the people who took the risk and made the loans to take a loss and write off part of the debt. The IMF estimates that €60 billion in debt relief will get Greece out of the woods. That’s spare change to the European Central Bank, which prints up Euros by the trillions. It won’t happen, because it will require European banks to acknowledge losses that they can’t afford to acknowledge.

This isn’t about little Greece at all. Even if it totally defaulted or left the Eurozone or just floated away, Greece shouldn’t be fatal to anyone. This is a brute force message to Portugal, Italy, Ireland, Spain and even France not to even ask about debt relief. Ever. Italy and France have terrible debt-to-GDP ratios. Greece is practice.
Greece deserves our attention because it has become a full-blown humanitarian crisis, and because nobody on Earth knows what is going to happen next. We’re just at the beginning.