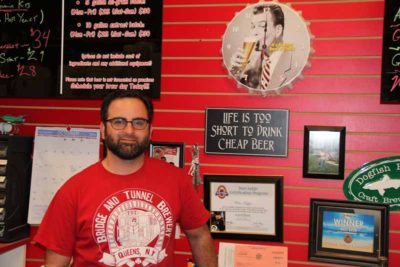 “Life is too short to drink cheap beer.”

Those inspiring words on a sign behind the counter at brewing supply store Homebrews & Handgrenades in Baldwin foam to the top of the Long Island beer conversation. In the past decade, a collective of craft-forward beer enthusiasts have catapulted the island’s beer scene from a passing oddity to a small business movement—raising the bar for brews from east to west.

Craft beer inspires a new batch of brewers on a seemingly never-ending basis, with young entrepreneurs building from the ground up with hard work, time and in some cases, a measure of crowdfunding. But success is not guaranteed, and those who have succeeded dole out precious advice to all scene newcomers.

“Wait until your beer is ready,” warns Lee Kaplan, one of the co-owners of Lithology Brewing Co. on Main Street in Farmingdale. “Don’t be afraid to dump a batch of beer if it isn’t exactly what you want.”

Once the recipe is up to standards, it’s time to focus on a setting. One of Kaplan’s co-owners at Lithology, Manny Coelho, tells potential brewers to put in plenty of brick-and-mortar time before opening. 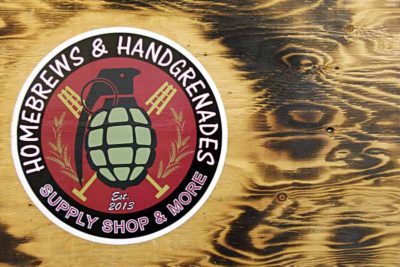 “Don’t open until your tasting room is exactly the way you want it to be,” said Coelho. “When it finally does open, you are not going to have the time to do the little things.”

A pair of local brewers based out of Bethpage, Bryan and Kristine Murphy are currently in the construction phase of their tasting room, Barnshed Brewing in Hicksville. From inside the empty room with a torn-up floor awaiting a drainage system, Kristine wrestles with details like where to install the bar and where to hook up the equipment.

“I thought we had it all figured out, then we visited Garvies Point Craft Brewery in Glen Cove and seeing what they did changed everything,” said Kristine, who along with her husband first germinated the idea for a brewery in an actual barn in their backyard. Barnshed is able to built its facility thanks to a Kickstarter effort by Kristine and Bryan, who were able to raise about $16,000. Initially, the Murphys started brewing thanks to Steve Pominski from East Farmingdale’s Barrage Brewing Co., who gave Barnshed a deal on brewing essentials.

Such displays of camaraderie help brew fanatics bring craft beer to thirsty Long Islanders—and beyond the taste factor, craft breweries help to usher in cash to the island. Garvies Point co-owners Mark Scoropski and Ben Kossoff jumped at the opportunity to set up shop in Glen Cove’s Garvies Point, a waterfront set for its own capital revival.

“I think it’s adding value to Garvies Point and Nassau because we’re one of the first to start a brewery,” said Scoroposki. “It’s educating people on different styles. A lot of people try our beers and say, ‘I’ve never had beer like this’ because it’s all natural.” 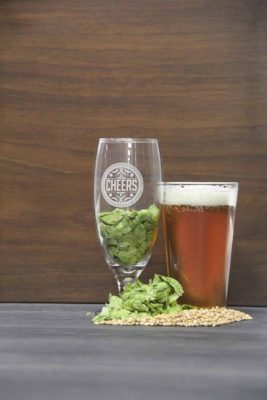 Spider Bite Beer Co. brings craft to the masses along with other Suffolk breweries including 1940’s Brewing Company, Moustache Brewing Co. and Sand City Brewing Co. Spider Bite’s co-founder and brewmaster Larry Goldstein said governments have eased restrictions and removed the red tape that would have kept potential brewers on the shelf.

“There are more and more home brewers,” said Goldstein, “but it is a huge investment to just get started.”

That initial investment has to start with equipment and ingredients, which is how all local brewers seem to know Peter Tripp of Homebrews & Handgrenades at 2378 Grand Ave.

“This was an untapped resource,” said Tripp, whose knowledge makes him an invaluable asset to the brewing community. Along with equipment, flavor extracts and more, Tripp also readily serves up advice to aspiring brewmasters.

“Read as much as you can about brewing and what other people go through,” he said. “Meet other brewers and talk shop.”

And since taste is key to any craft beer, Tripp believes in one testament above all: sanitation.

“Make sure your equipment is not only clean, but sanitized,” he said. “You’re not going to brew poison, but your beer is not going to be as good as it could be.”