We can thank the Brits for introducing us to the world of pop art, the bright and colorful artistic movement that came about in the mid 1950s in England. The United States jumped on the wagon a few years later, giving us Andy Warhol, Roy Lichtenstein and Jasper Johns in the 1960s. Now included in that mashup is Romero Britto, a Brazilian born, self-taught artist who took the art scene by storm. Britto will be bringing his extraordinary collection to Northport’s LaMantia Gallery from July 15 through 23, showing guests his life in vivid color.

“I love that I get to travel a lot and share my art with as many people as possible,” said Britto on being a pop artist. “I always liked art but there was a time when I thought about being a diplomat. One day I told myself that I would try a career as an artist, so I did.”

In 1983, Britto went from painting on newspapers to traveling to Paris where he was introduced to the work of Pablo Picasso and Henri Matisse. At the age of 25, Britto moved to Miami, where he currently resides, and emerged as an international artist, combining influences from cubism with pop to create an iconic style.

“My style is colorful, happy and direct,” said Britto of his work, adding that he loves modern artists like Warhol, Matisse and Picasso as well as Renaissance greats like Michelangelo, Leonardo da Vinci and Sandro Botticelli.

When Britto begins a new work, he said first comes the idea and then a black and white sketch followed by a colored sketch of the piece.

“After I am done sketching, I use color selections and start decorating the work. I use acrylic in my work and then finish the details in oil, which is my own personal style technique,” he said, adding that although each of his pieces are special and meaningful to him, Britto very much enjoyed the body of work he did for the United Nations. “I just completed a massive pig sculpture in China and am going to start work on a cartoon to be televised in 2018.”

As for his upcoming collection at LaMantia Gallery, Britto said the artwork selected is “all very uplifting” and is part of a collection he put together for several months. Britto’s artistic accomplishments include collaborating with brands such as Disney, Bentley and FIFA, for whom he created the official poster for the 2010 World Cup. 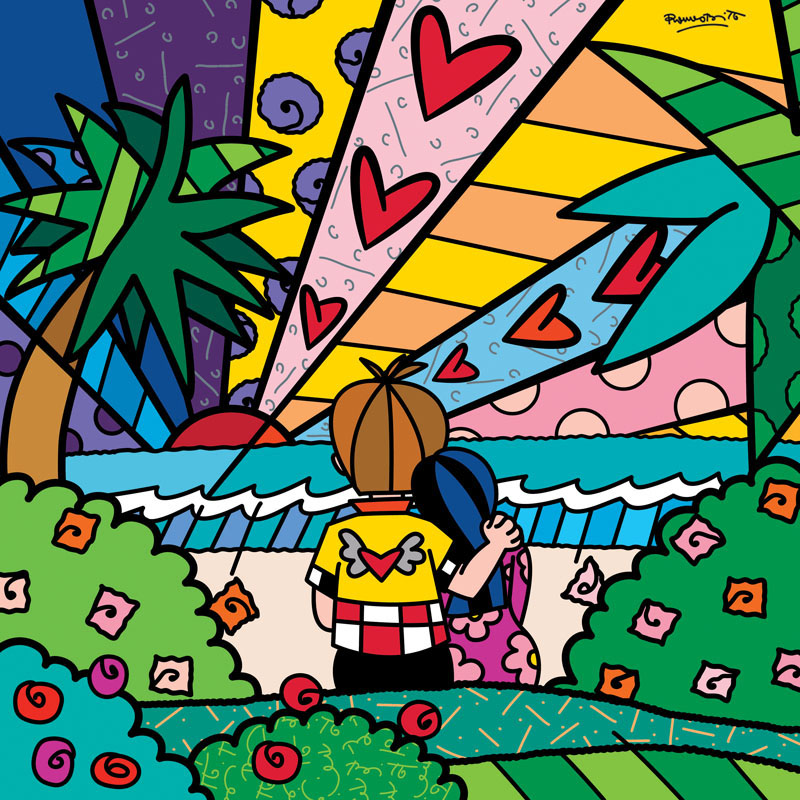 “I live in Miami and we have the prestigious Art Basel,” said Britto. “There’s a lot of galleries, collectors and artists and the art scene has a lot going on. It’s very educational.”

Britto understands the pressure put on artists to be unique, as they are constantly being compared to one another.

“An artist is a miracle and even then, it’s never enough,” he said. “They measure artists by other artists.”

But for those who are passionate about a career in the arts, Britto believes in working hard and doing your own personal best every day.