Pie Is Better Than Cake (And Other Pie Facts)

Every year when your birthday inevitably rolls around and you are hurtled one step closer to your eternal doom, some well-meaning soul drops a fiery candle-festooned cake in front of you and demands you make a wish after a room full of half-interested, tone-deaf acquaintances garble their way through another stirring rendition of “Happy Birthday.”

For the victim of this awful ordeal, it can be the longest 20 or 30 seconds of the year. But, at the end, at least there’s the promise of an overly saccharine confection complete with frosting, cake, and filling so cloyingly sweet that you just want to throw it into traffic. Yes, cake is the unavoidable and mandatory law of every birthday and special occasion in general—but, does it really have to be this way?

Well, have you heard of pie? Because pie is here to tell you that no, it in fact does not have to be this way. Pie is the sophisticated, interesting cousin of that slack-jawed, dim-witted cake you’ve been fooling yourself into thinking you love for lo, these many years.

But I’m not here to simply fling insults at cake. I’m here to dispense slice after slice of fact. Fair warning: Cake lovers will be highly insulted by the rash of truth set to follow. But, then again, critical thought often upsets cake lovers. So let’s roll through exactly what makes pie better than cake before we talk about where you should source your Long Island pies from. 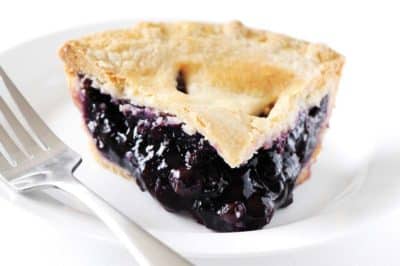 Where cake is mostly a one-note mush of sweet nothing, pies are dynamic feasts of texture and color. There are flaky crusts or crumbly crusts; gooey fruit fillings or creamy silk-like fillings; toppings that are fluffy and whipped, or toppings that are bright, fresh and fruity, or a topping that is just more buttery crust—it can be full sweet or sweet and salty; it can even be straight savory if you’re feeling sassy. And if you want to talk about ice cream—ice cream cake tastes like a bastardized version of ice cream, while ice cream on pie fills you with love and makes you want to donate all your earthly possessions to charity. Cake tries too hard with its multitiered façade, while pie doesn’t need tiers. Tiers are the refuge of the weak.

Children love cake and do you know why? Because a child’s palate is undeveloped and they cannot appreciate nuance in flavors. Are you a child or a you an adult? You can eat pie for breakfast. If you eat cake for breakfast, you need to reevaluate your life decisions up to and including this moment. Also, you are probably a 5-year old. 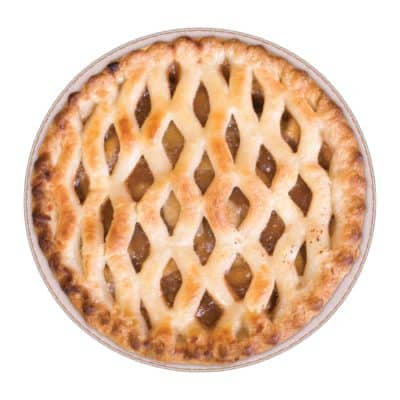 And now, the pies of Long Island. We are lucky enough to live in a place that boasts actual pie stands helmed by proprietors who take the time and care to bake their own pies. Not only that, we even have deli caterers that are local legends for their pie-baking prowess—so much so that when the holiday pie season rolls around, you best get your orders in early.

Starting way out east, there’s Briermere Farms in Riverhead. Everyone who’s ever gone in search of the best pie on Long Island has most likely stood on line at Briermere. This rustic farm stand produces dozens of preserves itself, with many finding their way into these glorious creations. Meanwhile, the cherry cream pie is an utter showstopper, as is the blueberry cream. But the classic apple pie typically steals the show at this pie haven.

Now, it wouldn’t be right to feature Briermere Farms without addressing the slight controversy regarding the freshness of their pies. There are some rumors floating around that the pies are merely baked or warmed-up in house and they are actually shipped in frozen from an unnamed location. Who’s to say where such nasty rumors start—but I could find no evidence that this is even remotely true. But, to be honest, even if it was true—who cares? These pies deserve praise, no matter who made them.

Next, there’s the semi-chain Buttercooky Bakery with locations in Floral Park, Manhasset and Huntington. Some people turn up their noses at chains—they think any eatery with more than one location cares more about corporate greed than the freshness of their ingredients. To these people, I say go put a pie in your mouth. Buttercooky Bakery maintains a certain pie-stand aroma thanks to an attention to detail and their sheer variety of pies. They bake works of delicious art with lattice, crumbed, creamed or doused in fruit. One of the more revered options include that tart-leaning key lime pie with its graham cracker crust, but keep your options open. And be sure to order their sweet potato pie for Thanksgiving—it’ll keep politics out of the conversation for at least a little while.

And finally, we simply must talk about Valley Caterers in Franklin Square. A local landmark since 1967, Valley Caterers is the quintessential hometown deli that just so happens to create scores of delectable pies. All the pies are dreamy, but it’s Valley Caterers “gourmet” line of pies that are truly phenomenal. These include fresh apple, blueberry-peach and apple walnut, just to name a few. And if you can’t decide which to get, the magnanimous owners actually sell their pies “by the slice.”

Pie inspires experimentation and an in-depth exploration of culinary styles, while cake inspires a sugar crash and self loathing. All that said, if you do love cake, by all means, keep loving it. Just please get me a pie for my next birthday.