For the past 10 years, they’ve found dogs and cats loving homes, but now, a Westbury animal rescue is seeking shelter as they face eviction from the Source Mall.

Nonprofit animal rescue Pets4Luv received word last week from the Lesso Group Holdings, which acquired the Source Mall in 2017, that they would have to leave their space by January. The announcement blindsided the shelter’s group of volunteers, which, according to founder David Bernacchi, had been promised a space in the redeveloped property.

“They promised every month they were trying to find a space for us. The only doubts I had were the stores they were discussing were going to be half the size of the space we have now. But even in those discussions, they said they were trying to work it out,” said Bernacchi. “But then they said they changed their mind and we would be evicted by January. That’s 80-something cats and dogs we have to relocate after all those months of promises.” 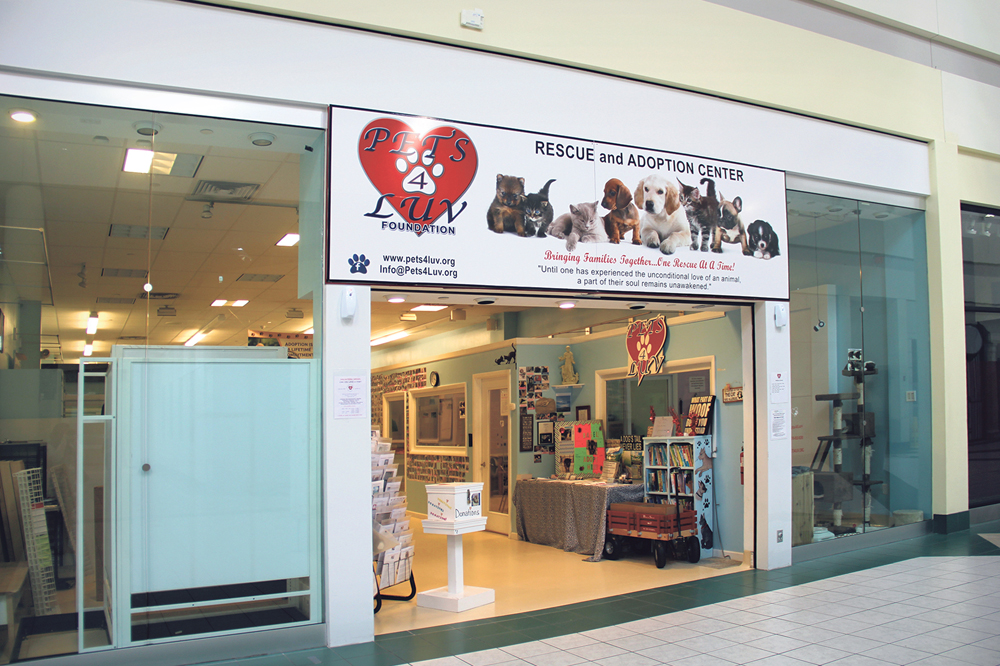 In a statement to Anton Media Group, a spokesperson for LESSO Mall Development cited safety as the reason the foundation was being evicted.

“LESSO Home New York Market support Pets 4 Luv Foundation’s mission as an organization,” the statement said. “As we progress with the development of the Westbury property and based on the specific location of occupancy of the foundation within the building, it is unsafe for the shelter to remain on the premises due to heavy construction that puts both people and animals at risk.”

Lesso Group Holdings, by way of its subsidiary Lesso Mall Development Long Island, has already begun construction on the 512,528-square-foot Source Mall property. They plan to open LESSO Home, a Chinese home furnishing store that provides a mix of retail, food and entertainment options, in 2019.

When asked if the Lesso Group would work with Pets4Luv to find the nonprofit a home in the building after construction was finished, no further statement was provided.

Pets4Luv has been in The Source Mall since 2013, with two years dedicated to construction. They were evicted from their former home in the Westfield Sunrise Mall in 2012, when owners of that property wanted space for a restaurant.

Pets4Luv has set itself apart from other shelters in the area as a no-kill rescue that focuses on the rehabilitation and rehoming of animals that are injured, ill, disabled and have special needs. Bernacchi said they currently receive 15 animals a month, with some of the recent additions to the shelter a cat that lost its front leg and tail in a dog attack and another cat that lost a leg from a car accident.

Bernacchi said the nonprofit, which is run by approximately 50 volunteers and funded entirely by donations, is now tasked with not only finding a location they can afford but also constructing it to accommodate the animals’ needs.

“We have a lot of handicapped and special needs animals. They’re nice and comfortable and now they’ll have to be shifted,” he said. “We’re really concerned about the safety and well-being of our babies. That’s our biggest concern. It’s not going to be an easy or inexpensive transfer.”

In addition to rehabilitating animals, the rescue adopts out an average of 160 animals a year. They also have several community programs, including a program where children practice their reading with the animals, service opportunities for Scouts and volunteer programs for the special needs community. Pets4Luv also often offers financial assistance for pet owners who cannot afford medical care for their sick or injured pets, as well as a food pantry that provides food for pets.

Pets4Luv has started a GoFundMe page at www.gofundme.com/pet-shelter-is-being-evictedsos to help the rescue find a new home and with moving.

The organization will also be having a flapjack fundraising breakfast on Sunday, Sept. 23, from 8 to 10 a.m. at Applebee’s in Westbury. Learn more about the event by visiting www.facebook.com/Pets4Luv.