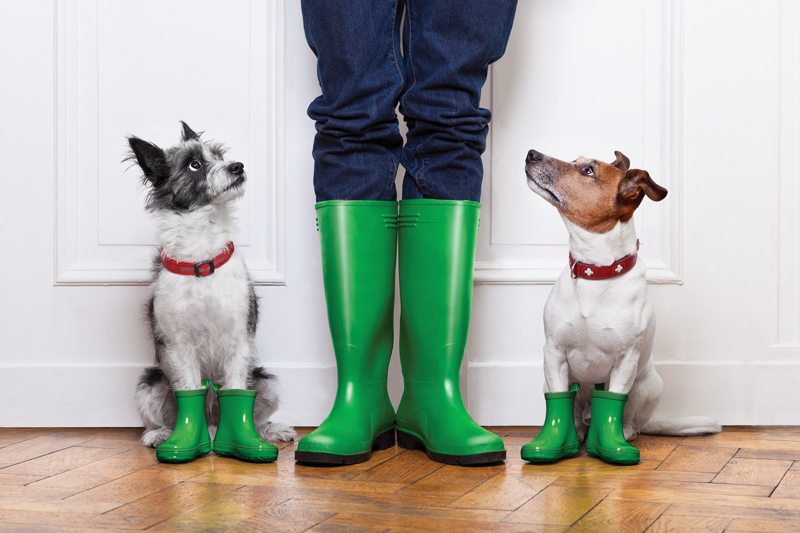 Do you share a playlist with your Poodle? Snuggle in bed with your Siamese? Take a bath with your turtle? It might seem far-fetched, but many people treat pets like they’re family, often letting them do things behind closed doors that others might find surprising. In fact, a recent survey, commissioned by Moen, and conducted online by Harris Poll, finds that more than two in five Americans who have ever owned a pet (43 percent) have let their pet lick their plate before washing them. And that’s not all we let them do…

Dining Alongside Your Dog

Fifty-five percent of people let their pooch sit at the dinner table.

Forty-two percent of all dog owners allow their pooches to sleep in bed with them at night.

“There’s no doubt about it—we love our pets. And it’s in part because almost all of us have had at least one furry friend in our lifetime,” said Andrea Maher, senior marketing communications specialist at Moen. “Our recent survey finds that close to nine in 10 Americans—88 percent—have ever owned a pet. What’s different about today’s pets, however, is that we truly treat them like family…some, we treat even better than family.”

With countless people working outside the home, many pets are left to fend for themselves for the day. To make them feel like someone is with them at all times, several pet owners leave the TV on for their cuddly companions. And some do a bit more.

“Today’s pampered pets truly have it made,” added Maher. “At Moen, we’ve heard from customers who have installed Pot Filler faucets to fill dog water bowls…to those who have created pet bathing stations with our powerful handshowers…to even some who have bath tubs dedicated solely to wash their pets. It’s no longer a ‘man’s world’ these days…it’s definitely a ‘pet’s world’ and we’re just living in it.”

This survey was conducted online within the United States by Harris Poll on behalf of Moen from May 24-26, 2016, among 2,026 adults ages 18 and older.