Nothing says the holiday season is upon us more than a slew of new releases in the world of books. And this year is no different, so snuggle up with a cup of hot cocoa by the fireplace and get ready for the best holiday book and gift guide for 2022. 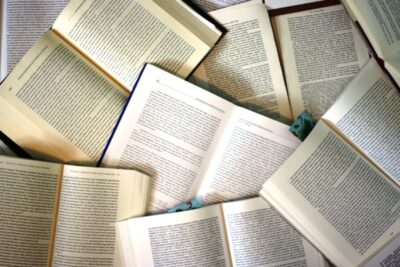 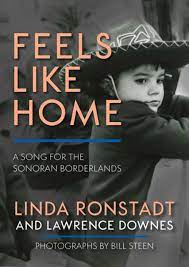 First off is the poignant and personal tome from music icon Linda Ronstadt. Feels Like Home: A Musical Memoir is just that, a trip to Ronstadt’s home from yesteryear. She proudly covers her history and heritage, through anecdotes, fact-based stories and recipes. Even though medical issues have robbed her of her singing voice, Ronstadt comes through loud and clear in this book. A true labor of love and a must-read. During his career, Paul Newman was known not only as a fine actor, but somewhat of a private man. That’s what makes the story of the autobiography Paul Newman—The Extraordinary Life of an Ordinary Man: A Memoir so remarkable. Back in 1986, the Oscar-winning actor and associate Stewart Stern took on an ambitious task of compiling notes, interviews and recollections from Newman’s family and friends, in the hope of putting together a record of sorts on the man himself. The only stipulation was total honesty, Newman insisted on it from everyone involved. After five years of work, the end result was a brutally honest, moving and down-to-earth memoir. Even in passing, Newman was able to tell his own story, his way. Jerry Seinfeld is back with a retrospective coffee table book-size look at his Comedians in Cars Getting Coffee Netflix series. The book is broken down by topics and has some terrific behind-the-scenes photos and conversations from the numerous celebrities who appeared on the program. Comedy legend Steven Martin also has a page-turner called Number One is Walking: My Life in Movies and Other Diversions. Leave it to Martin to share his experiences in film and his career in a comic book-like setting. He does and it works in an entertaining capsule of stories that is a breezy read. In a similar vein, Bono is out with Surrender: 40 Songs, One Story. Rather than just put out a traditional autobiography, the U2 frontman takes the unique approach of detailing 40 songs and the stories behind them, his thought process and how each reflects another part of himself. It’s a rollercoaster of emotions, insight, heartbreak and joy in a way that only Bono can deliver. The behind the scenes workings of Big Time Network Television get the once over with three books, from three giants in the business. Each has made historical contributions to the lifeblood of television and continue to do so today. Dick Ebersol’s From Saturday Night to Sunday Night: My Forty Years of Laughter, Fear and Touchdowns in TV takes the reader on his journey from the development of Saturday Night Live in the mid-’70s and his time producing the Olympics to bringing the NFL to Sunday night. Legendary director James Burrows has Directed by James Burrows: Five Decades of Stories from the Legendary Director of Taxi, Cheers, Frasier, Friends, Will & Grace, and More, which finally puts his cluttered syntax in order. This man’s résumé is so extensive it will take several books to document it all. Think of any popular, groundbreaking, high-quality television show from the last 50 years and chances are James Burrows was a part of it. Enjoyable and enlightening stories from the making of-, to the success of and end of many shows in his repertoire. As HBO celebrates its 50th anniversary, It’s Not TV: The Spectacular Rise, Revolution and Future of HBO looks back at the revolutionary pay cable network. Sharing stories from the development of many popular shows to the business of cable television especially in those early days, HBO has set the standard and it’s all detailed here. Bo Jackson is regarded as one the best athletes of this or any other generation, Jeff Pearlman takes a deep dive with The Last Folk Hero: The Life and Myth of Bo Jackson. In it, Pearlman recounts the meteoric rise of Jackson, the behind-the-scenes stories of his playing days and sheds a spotlight on what Jackson has meant to sports and society as whole. As people from around the globe are caught up in World Cup fever, now may be a good time to check out Messi vs. Ronaldo: One Rivalry, Two GOATS and the Era That Remade the World’s Game. No two bigger names in soccer since Pele, the duo have brought the game to the masses and have taken it to a more mainstream level. Here the reader is treated to the competition between these two greats and what makes them tick. A timely read for any soccer fan. Finally, the latest craze to sweep the sports world is pickleball and if you have wondered what the buzz is all about, then check out Pickleball is Life: The Complete Guide to Feeding Your Obsession, the definitive encyclopedia to all things pickleball.