Outer Space Is Not The Limit 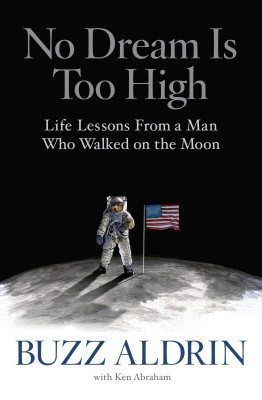 Everywhere he goes, crowds gather to meet the beloved Buzz Aldrin. He is a world-class living legend, a larger-than-life figurehead, the best known of a generation of astronauts whose achievements surged in just a few years from first man in space to first men on the moon. He pauses to reflect and share what he has learned from the vantage point not only of outer space, but also of time in his new book, No Dream Is Too High: Life Lessons from a Man Who Walked on the Moon.

“Always keep some exciting new adventure on your bucket list,” Aldrin wrote. “I’m living proof that no dream is too high!”

Aldrin, best known for his Apollo 11 moonwalk in 1969, holds a doctoral degree in astronautics and, at age 86, continues to wield influence as an international advocate of space science and planetary exploration.

In No Dream Is Too High, Aldrin reflects on the wisdom, principles and anecdotes he’s gathered through his event-filled life in this inspiring guide-to-life for the next generation, such as: 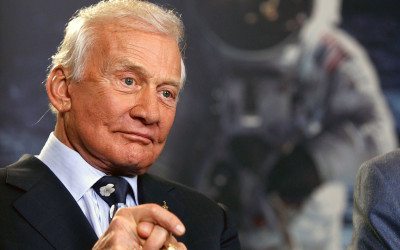 • Second comes right after first. How he learned to be proud of being the second man on the moon.
• Look for opportunities, not obstacles. Aldrin was rejected the first time he applied to be an astronaut.
• Always maintain your spirit of adventure. For his 80th birthday, Aldrin went diving in the Galapagos and hitched a ride on a whale shark.

No Dream Is Too High ($22) is cowritten with Ken Abraham, a New York Times best-selling author, known around the world for his collaborations with popular celebrities and fascinating, high-profile public figures such as former U.S. Attorney General John Ashcroft, Senator Bob Dole, and champion boxer and entrepreneur George Foreman. He also co-authored Aldrin’s memoir Magnificent Desolation.

Aldrin, still a nonstop traveler and impassioned advocate for space exploration, will be 86 in 2016. He will sign copies of his new book at Book Revue in Huntington on Tuesday, April 5, at 7 p.m.