Mike Tyson Gets In The Ring With Pop Culture

In his day as a feared heavyweight champion, Mike Tyson became a worldwide phenomenon thanks to his ferocity and dominance in the squared circle. Since hanging the gloves up in 2005, the pugilist who once went by the moniker Kid Dynamite has kept himself in the spotlight via a variety of projects on the silver screen, stage (and he once owned a tiger, which was a plot point in The Hangover) and even his own 2014 cartoon called Mike Tyson Mysteries. Below he shares his take on some of those notable non-boxing projects he’s been involved with since becoming famous. 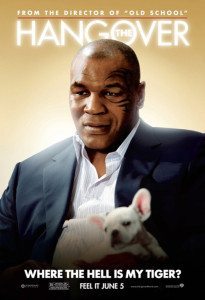 “My agent got me involved. I was at a club one night and the guys were at the VIP area and no one was able to go there except for me. They didn’t know it was me and because I live in Vegas, that’s normally my spot. I was like the Godfather and then they realized who I was and said they were going to be in a movie with me the next week. So we stayed and hung out at the bar.” 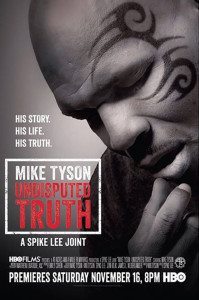 “I saw Chazz Palmentieri with my wife do his one-man show A Bronx Tale onstage and it was so mesmerizing and I told her that I wanted to make people feel like I feel watching that. [Chazz] was so involved and got us so mesmerized that he could have come and picked our pockets and he would have never known. It’s so beautiful and he’s such an amazing entertainer. [The Undisputed Truth] became my life. I wanted to do other shows that I read for the stage but because of how well The Undisputed Truth did, it was hard to do a second show. Everybody wants that show. They don’t want any new show. It’s good but it’s bad because that’s all they want.” 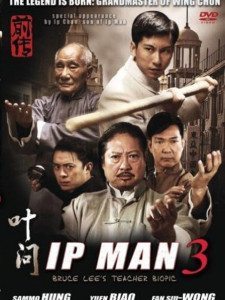 “[Ip Man 3] is part of a martial arts trilogy starring Donnie Yen. It’s a hot ticket right now. I play Frank, this very astute and sophisticated businessman who is very crooked and shady. I’m trying to get property from these people and getting them to sell out and Donny is fighting for them.”

“[Nintendo] got me involved. They paid me to use my likeness, it’s one of the highest-selling games and I got a flat fee. I want to start a new Mike Tyson game.”