With the final opportunity for preseason tune-ups now in the rearview mirror, the New York Mets will head into the 2018 MLB season with the hopes of reverting to their winning ways of not so long ago. After a 70-92 finish last year derailed a formidable run that included a World Series appearance in 2015 and wild card playoff berth in 2016, manager Terry Collins was ousted in favor of Mickey Callaway, leaving the Mets with a new voice in their clubhouse for the first time since 2010 and adding another dimension to the challenges ahead. But though it’s fair to expect an adjustment period, SNY analyst and former Mets pitcher Nelson Figueroa believes the new skipper is already winning over his players.

“I think early on in camp it was trying to read the temperature of the room, and by all accounts, I think people have taken to Mickey Calloway in a big way. The team has bought into the new culture change, and what he has done is, he’s basically going to be able to hold these guys accountable,” said Figueroa, who added that Callaway’s first act as manager was to determine which clubhouse issues he should allow the players to police on their own. “And I think that’s really what the key is, that they’ve gotten that stuff out of the way. Now there’s a respect factor already built in.”

Figueroa also believes that the Mets would do well to follow the example of the 2017 Dodgers, who, en route to a 104-win season that placed them one win from a World Series Championship, utilized the 10-day disabled list for the sake of resting key players and keeping them fresh. With depth on their bench—particularly in the outfield—Figueroa reasons that the Mets could take care to avoid the rush of injuries that ultimately spelled last season’s swift demise. 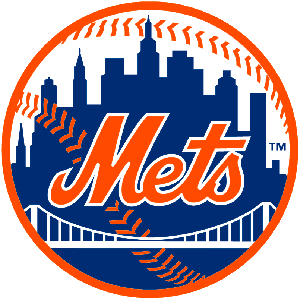 “Health is such a big thing for the Mets,” said Figueroa. “There’s no longer a huge drop-off between players. So when you’re sitting players, you’re going to a gold-glover on the bench to play the outfield for defensive purposes in a Juan Lagares. He’ll be splitting time with Brandon Nimmo, but I don’t see a huge falloff. The sky’s the limit for that outfield in what they can do offensively with [Jay] Bruce, [Michael] Conforto and [Yoenis] Cespedes.”

The path to a division title has a sizable roadblock in the form of the Washington Nationals, a team that, Figueroa notes, “[is] not lessened in any way, shape or form” this season. Though much is riding on the Mets starting rotation and its ability to bounce back from a woeful 2017, Figueroa opines that the Mets have the personnel necessary to go toe to toe with the Nats and make a playoff push, the sour taste from last year notwithstanding.

“I think you have to kind of take last year and crumble it up and throw it out,” Figueroa said. “I think this lineup is as good if not better than the 2016 lineup—even the 2015 lineup. I think [Jacob] DeGrom and [Noah] Syndergaard are the best in baseball for a one-two punch. And then, a resurgent Matt Harvey would be tremendous as a number-three…so I’m very confident that this team will be pushing for a playoff run. It’s really going to be a fun season in New York.”

Nelson Figueroa: ‘Keep An Eye On These Guys’

Previous articleTake A Seat
Next articleKeep An Eye On These Guys