Multiple sclerosis (MS) is a disease of the central nervous system. Public figures suffering from the disease include the actresses Selma Blair and Terri Garr, country singer Clay Walker, Anne Romney, wife of the senator from Utah, Montel Williams and Fox News host Neil Cavuto. The disease can be debilitating, but Cavuto’s continued presence on television proves that it can be overcome.

Once activated, MS can cause symptoms throughout the body. In MS, the immune system attacks the myelin sheath that protects nerve fibers in the brain, spinal cord and optic nerve. As the myelin sheath is gradually destroyed, the resulting scar tissue disrupts the electrical impulses between the brain and other parts of the body.

Health organizations have long estimated the prevalence of MS in the United States to be about 400,000 people. However, the magazine Neurology puts the number of Americans living with MS at 1 million.

March is Multiple Sclerosis Awareness Month. Throughout March, Long Islanders will see orange ribbons adorned with a butterfly symbol. Orange is the official color for MS awareness, and the butterfly represents the shape commonly seen on a magnetic resonance imaging (MRI) scan of a brain of a person with MS.

The highlight of the month is MS Awareness Week, which started on March 8 and ends on March 14. During MS Awareness Week, the National MS Society (NMSS) focuses on the individual stories of those living with the condition. In sharing tales of successes experienced by those with MS, the goal is to “help people better understand life with MS and become inspired to do whatever it takes to change the world for people living with” the condition, according to the NMSS website.

In addition, a NMSS Public Policy Conference featured hundreds of MS activists in Washington, D.C., discussing policy priorities for people living with MS. The conference concluded with more than 300 meetings on Capitol Hill, where activists told their stories to support policy priorities like funding for MS research and affordable healthcare.

On Saturday, May 16, Jones Beach in Wantagh will host the annual Walk MS. Both one mile and three mile routes are available. The walk is open to all ages. Raise $100 and get a Walk MS T-shirt. The walk begins at Field One on 1 Ocean Pkwy. The site opens at 8 a.m. The walk starts at 10 a.m. Walk MS is held rain or shine. In the event of lightning, the walk will be delayed until conditions improve. 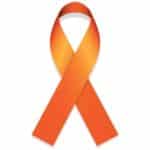 Finally, Saturday, May 30 is World MS Awareness Day. Established by the Multiple Sclerosis International Federation in 2009, the day unites the global MS community of more than 2.3 million people “to share stories, raise awareness, and campaign with and for everyone affected” by the condition.

The aim of the campaign is to challenge common misconceptions about MS, while helping people understand how to help those with conditions that are not always visible.