Whatever you do, don’t call Brightside, the Lumineers’ fourth and newest studio effort a COVID-19 album, despite the fact that the nine songs started tracking in March 2021. While founding member Wesley Schultz acknowledges the pair of two-and-a-half week sessions occurred during this time frame as the 39-year-old New Jersey native was hunkering down with his family in Denver, he feels this latest outing is its own thing.

“We kept saying it was like the post-COVID-19 record,” Schultz explained. “To me, it was not consciously trying to float above that while still observing that. In a lot of ways, we were trying to make a record that we’d want to hear in 10 years and it would still make sense. I started to realize that a lot of the artists that I really love from the late ‘60s to mid-‘70s—they were pushing off of a lot of social unrest like Vietnam. There is a lot of things that I don’t know personally, but that I felt through the music. Instead of being isolated to a few countries, this is the whole world now. It’s a very strange, relatable thing. Part of the goal of the record, at least subconsciously, is to try to write an album that describes the pain without getting so caught in the weeds in using the words quarantine or pandemic. It was bigger than that.”

Like every other touring act, when the existential pause button was pressed back in March 2020, the Lumineers time on the road came to an abrupt halt. And while Schultz went through what he felt like was a quasi-grieving process (“You go through your confusion, anger and then acceptance. I felt pretty stifled and down. I was out of my element for a while there. I think the writing helped dig me out of the hole and find a purpose again and maybe channel some of the stuff I was really feeling in a healthier way versus drinking every day or doing something that was going to distract me.”), adding a baby girl to a brood that already included his toddler son helped give him perspective during this unprecedented time.

“The way touring goes, you say yes to a hell of a lot more things than you say no, so I was forced to be grounded and to see my son and spend real time with him,” Schultz said. “You’re like a workaholic in some ways because you’re hustling for so many years that it was a gift to be told that you have to stay still for a little while. Even though that was painful, I felt like what do I do with myself now? I felt useless. You crawl out of that and got a lot of beautiful time out of it. I feel way, way closer to my son than I probably would have had we been on the road.”

For the past decade, the duo of Schultz and Jeremiah Fraites have been the constants in The Lumineers (cellist/vocalist Neyla Pekarek was in the band from 2010-18) carving out a niche for itself as one of the premier folk-rock/Americana acts through what is now the group’s fourth album. The band’s breakthrough single was the 2012 Top 5 hit “Ho Hey,” which gained enough traction be used in a Bing commercial and pop up in a number of television series including Bones, Nashville, The Vampire Diaries and Nashville. Co-written by Schultz and Fraites and popular, its simplicity taps into an organic vibe that has come to define much of the Lumineers’ work that Schultz has found to be lacking in a lot of pop music.

“Even though I didn’t think that song was going to resonate the way it does. I just thought it was interesting to my ear,” he recalled. “It had to come from some place other than trying to please someone. I’ve been to BMI Awards where people collect awards for these songs and half the time, you never heard of the song and there are 12 or 15 writers that go up and collect trophies because I guess they generated money. Half the time, those guys don’t even like what they wrote. They just know that it’s catchy. Isn’t it better to just write stuff that you care about? So for me, there’s this element of people asking about the tenth anniversary of our first record and how that feels and what does that mean? And most of it is that we got to make stuff the way we liked it on our own terms. One of the things that I learned the more that I make music is to get out of your own way and to hold on to some level of your own innocence. You’re not just creating new instruments and making up new chords. You’re finding yourself not quite sure of what you’re doing. It’s funny to even evaluate things when they come out because in a lot of ways, my favorite record is something it took me a while [to come around to]. All of a sudden, it’s on heavy rotation the rest of my life. The transcendence of all this is a really funny thing. It’s like a mystical thing. That word alchemy comes to mind.” 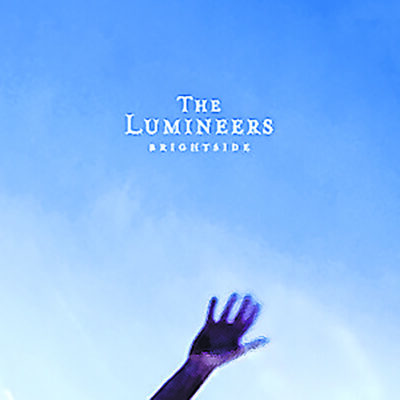 That straightforward simplicity comes across in spades on Brightside, whether it’s the opening title track that uses a cadence reminiscent of Tom Petty’s “Don’t Come Around Here No More” while Schultz implores that, “I’ll be your brightside, baby, tonight” or providing reassurances during uncertain times amid bare bones piano accompaniment and just a hint of strings amid the optimistic vibe of “Where We Are.” Both songs have provided a degree of comfort to the band’s fanbase, who have shared their feelings on social media.
“Ironically, a lot of parents, whether its people I don’t know that are posting it or parents that I know personally, so many have sent me images of their kids singing ‘Where We Are’ or ‘Brightside,’” Schultz share. “But particularly ‘Where We Are’ and they’re singing, ‘Where we are/I don’t know where we are’ and it’s these little kids, most of whom don’t even know words yet and they’re mouthing these words. That for me is very exciting to see. It’s like tapping into some kind of universal power.”

Suffice it to say that the creative restlessness that defined so much of how Brightside came out will be a driving force of what the Lumineers will bring to the stage on this upcoming tour.
“We have four albums out and we have to cut songs now and that’s a good feeling,” Schultz said. “We can actually put on a show that has no fat. As a band, we’re most excited to play. Not pulling a rabbit out of our hat, but having, from start to finish, moments [fans] won’t want to leave, grab a beer or take a leak. You want to just be there. I got to see Tom Petty during his Wildflowers Tour and I forgot how many songs he wrote. I would never compare us to him, but in that feeling, I want people to leave hopefully saying, ‘I forgot how many songs they wrote,’ even just four albums in.”

The Lumineers will be appearing on June 17 and June 18 at Forest Hills Tennis Stadium, 1 Tennis Place, Forest Hills. For more information, visit www.foresthillsstadium.com or call 888-929-7849.