How to rescue those drowning in chemicals 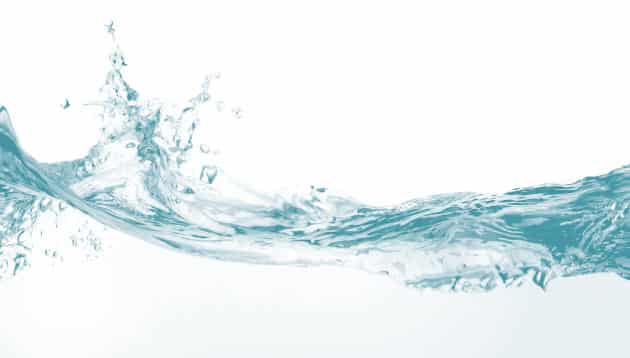 “Why is it that we only come to find out about this chemical because Michael Hickey, a private citizen, sends his water to get tested following the tragic death of his father—and not as a result of routine or required regulatory testing?” asked Dr. Laura Rabinow.

Rabinow was a Legislative Fellow in the New York State Senate when Hoosick Falls’ perfluorooctanoic acid (PFOA) contamination came to light. During the summer of 2014, Hickey paid for his water to be tested after observing a high cancer rate in his community of Hoosick Falls, a rural village in upstate New York, revealing a PFOA level of 540 parts per trillion (ppt). The Environmental Protection Agency (EPA) set a guideline for PFOA of 70 ppt in 2016.

PFOA is an emerging contaminant—an unregulated potential toxin identified by the EPA as likely to surface in water supplies. After reviewing federal data collected between 2013 and 2016, a recent New York Public Interest Research Group (NYPIRG) report uncovered PFOA and its similarly toxic chemical cousin perfluorooctanesulfonic acid (PFOS), along with 1,4-dioxane, in Long Island’s water systems at levels above the EPA’s reference concentrations—non-enforced estimates of the maximum acceptable concentration of a toxic substance over a lifetime of exposure, which “do not represent regulatory values or action levels,” cautions an EPA web page.

Elías Rodríguez, the Media Relations Branch Chief of the EPA’s Region 2, wrote that the “EPA will propose a regulatory determination for PFOA and PFOS by the end of this year.”

On July 8, New York State Governor Andrew Cuomo announced the state’s plans to set the nation’s first enforceable Maximum Contaminant Level (MCL) allowed in public drinking water for 1,4-dioxane, based on “the best available science,” according to the press release. Cuomo also proposed the nation’s lowest MCLs for PFOA and PFOS “in the absence of federal action.”

By contrast, the New York State Department of Health (DOH), after first being made aware of Hoosick Falls’ PFOA contamination, didn’t take action until more than a year later when the EPA intervened, said Liz Moran, who co-wrote the NYPIRG report and is the public education organization’s environmental policy director.

“Since 2016, New York State has taken unprecedented action and spared no expense to secure clean drinking water for the residents of Hoosick Falls,” wrote DOH spokesperson Erin Silk in a statement. “We will do everything in our power to hold corporate polluters responsible for the industrial pollution impacting this community.”

Grants in the amount of $350 million are now available for statewide water quality improvement projects, announced Cuomo on July 8. Dr. Judith Schreiber, former chief scientist of environmental protection for the New York Attorney General’s Office, suspects that the DOH will ensure that industrial polluters help cover these costs. Moran described this as a necessity.

“Polluters should be held responsible for paying for any treatment required to clean up pollution,” Moran said. “Taxpayers shouldn’t have to pay for the mess that polluters have made.”

In addition, under the Clean Water Infrastructure Act, nine communities on Long Island each received $3 million from the New York State Environmental Facilities Corporation to fund water treatment system upgrades, and 14 water systems statewide are being awarded a total of $370,000 to develop projects to combat emerging contaminants. Few grants are dedicated to treating PFOA and PFOS because water systems mostly applied for funding to treat 1,4-dioxane specifically.

Moran acknowledged that the recently proposed MCLs—for which a 60-day public comment period is expected to open on July 24—constitute “an important first step”; however, she advocated more stringent MCLs: 2 ppt for PFOA and PFOS combined (instead of 10 ppt for each), and 0.3 parts per billion (ppb) for 1,4-dioxane (instead of 1 ppb). Although the proposed MCLs follow the DWQC’s recommendations from December, Moran suggested that, seven months later, they’re now obsolete. Silk wrote that those recommendations were “reviewed thoroughly.”

“It’s so important that they set standards that align with the latest science,” Moran said.

Schreiber, head of Schreiber Scientific, LLC, characterized the proposed MCLs as “pretty sound,” but added that they “could be lower.” She explained that toxicologists base risk assessment on the overall weight of hundreds of studies’ sometimes contradictory evidence. Schreiber developed risk assessment practices for 20 years at the DOH.

She also noted that PFOA and PFOS are two types of per- and polyfluoroalkyl substances (PFASs). She reasoned that all “PFASs should be regulated and monitored as a class.” Although research indicates that other PFASs pose similar detrimental health effects to PFOA and PFOS, they haven’t been investigated as thoroughly by the New York State Department of Environmental Conservation.

Loreen Hackett and her family have lived in Hoosick Falls for most of their lives. Their immune systems are impaired, she’s had breast cancer and thyroid issues, and her granddaughter was diagnosed with a thyroid disease at 5 months old.

However, Hoosick Falls’ PFOA contamination was much worse than Long Island’s, where the highest reported detection of PFOA, in the Town of Hempstead Water District, was 11 times lower. Hackett criticized the NYPIRG report’s assertion that the “Long Island region has, by far, the most detections of emerging contaminants found in drinking water.” (Moran explained that though the report analyzes groundwater, which is treated before it becomes drinking water, treatment systems often lack filters for certain emerging contaminants).

Public wells that serve fewer than 10,000 people, like in Hoosick Falls, aren’t included in the report because they’re not tested under the EPA’s Unregulated Contaminant Monitoring Rule. This deficit, Moran stated, leaves about 2.4 million New Yorkers in the dark.

However, Cuomo’s proposed MCLs would require all public water systems, “regardless of their size,” to regularly monitor PFOA, PFOS and 1,4-dioxane, according to the press release.

Moran added that data collected by the EPA, though available online, are hard for the public to access because they often require wading through multiple complicated documents.

“We decided to review the data because…there’s a good chance that what happened in Hoosick Falls could be the very same story in another community,” Moran said.

Hackett chronicled how she became an advocate for stricter PFAS regulation in Hoosick Falls.

“After the announcement from the EPA, I dove headfirst into research mode, as did many of us here,” she said. “Several of us grouped together.”

Hackett recounted her family’s discovering their high levels of PFOA blood contamination after the DOH implemented a confidential biomonitoring program.

“We could either keep the information private,” she said, “or try to use it constructively.”

“The more we know, the more action we’re going to get from our officials,” she said. “I’m not a toxicologist, but I read every study I can.”

Hackett encourages obstetricians to learn more about how breastfeeding transfers PFAS contamination (as does the placenta in utero). Schreiber explained that PFASs can reach a person’s fats and blood supply, from which breast milk is produced.

“The mother’s breast milk will contain levels of these chemicals because of her prior exposures,” Schreiber said, noting that “very little” of a PFAS gets excreted in urine or feces.

Hackett rejected the stance—the prevailing view, according to Schreiber—that the well-established benefits of breastfeeding outweigh the risks of PFAS contamination for infants. Schreiber recommended that parents consult pediatricians on whether to breastfeed and if they choose to use formula, prepare it with uncontaminated water.

“I’ve done a lot of work on different chemicals in breast milk exposure, and it’s really emotional for women to realize that their bodies are contaminated,” Schreiber said. “Mothers want to do the best things for their babies.”

Schreiber added that children can inhale and ingest house dust containing PFASs from consumer products, like Gore-Tex shoes. Megan Bellstedt, Outreach Coordinator for ConsumerNotice.org, which seeks to raise awareness about environmental hazards, said consumers can limit their PFAS exposure by “stopping the use of old pots and pans and using caution with old carpet and old furniture.”

“Stay in touch with your local water commission,” she added.

Dr. Alissa Cordner, co-director of the PFAS Project Lab at Northeastern University, remarked that PFASs’ effects on fetuses and young children often inspire activism. She also underscored why PFOA and PFOS took so long to be removed from production despite the chemical industry’s knowledge of their toxicity “as early as perhaps the 1960s.”

“Profit motive on the industry side,” she said, “combined with an insufficient regulatory system.”

Rabinow, who studies the absence of standards for emerging contaminants, agreed. She suggested that people talk to their doctors about how to best limit their exposure to toxins, but ultimately stressed that “these are structural and systematic problems.”

“We need to better hold industries accountable,” she said, “and make sure that the burden of these contaminants is not being displaced onto our communities.”

Visit www.nypirg.org/whatsinmywater to learn more about potential threats to drinking water quality in your zip code.