Necessity is the mother of invention. For one science and health-focused family in Long Island’s Catholic school community the global pandemic and cancellation of this year’s Science, Technology, Engineering and Mathematics (STEM) Fair gave them the time and the incentive they needed to go above and beyond in the most unexpected of places. 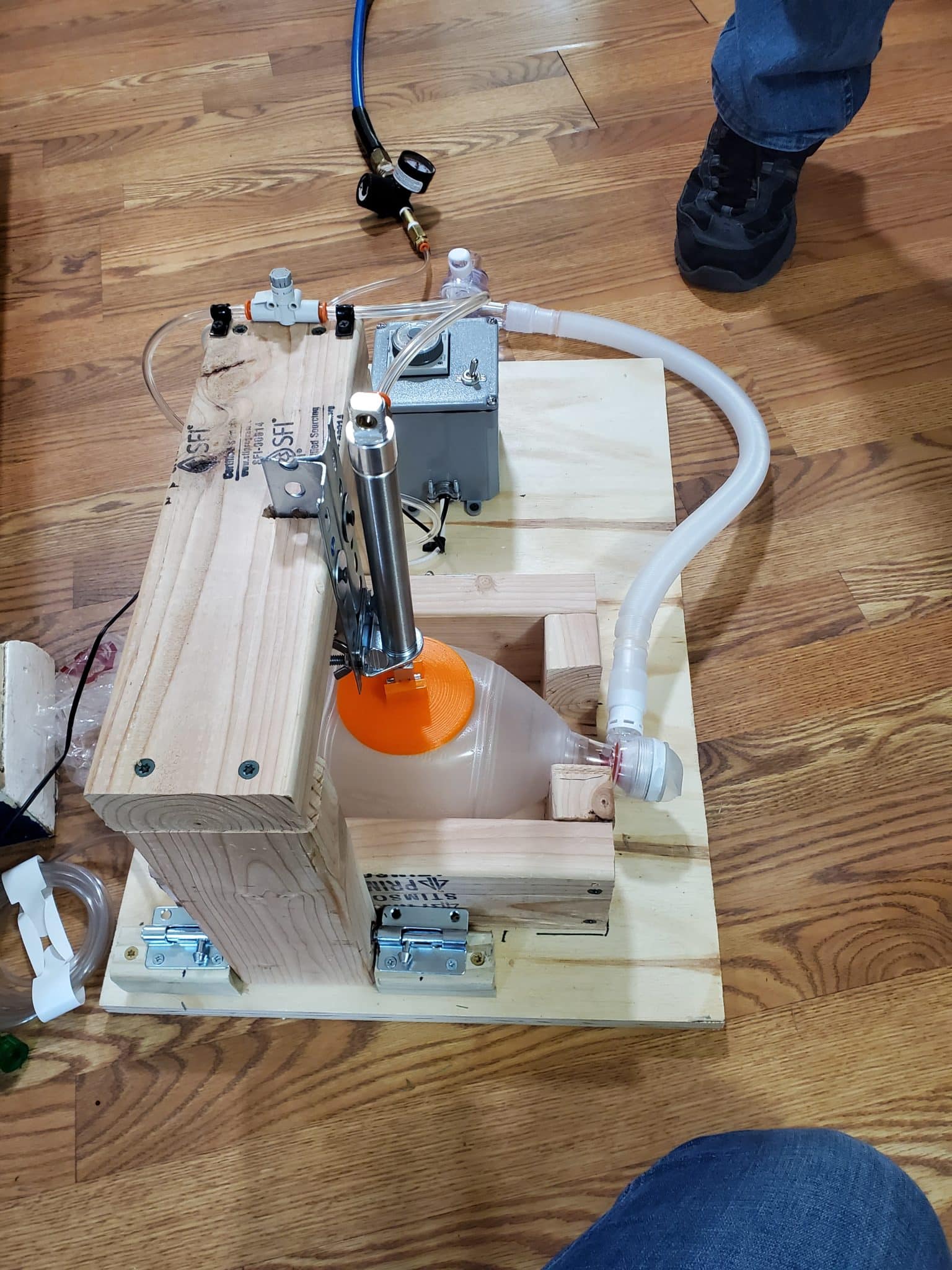 The tech savvy family was uniquely positioned to take on the challenge. Erin, a computer and technology teacher at Our Lady of the Hamptons Regional School in Southampton, is charged with helping her school work remoting in during the coronavirus pandemic. She’s been helping teachers and staff navigate the world of Google Classrooms while being forced to work from home since March 16. That was also the first day Michael, a student at St. Mary’s School in East Islip, began homeschooling after school buildings were closed.

“The two of us were just doing school work that first full week,” Erin said. “It was great that we could jump right in with the virtual learning. By Friday, Governor Cuomo said everyone who is non-essential should stay home so my husband was home with us. On Monday, he woke up and announced he had this really great idea.”

When Robert, who works as an electrical engineer and a 27-year volunteer EMT-CC (Emergency Medical Technician-Critical Care) in their hometown, started working remotely, the Stadelman household began to look a little more like a laboratory.  The couple’s scientific minds were passed down to their son. Michael loves helping his dad, so they came up with the innovative idea to potentially help others during the crisis.

As both an EMT and an engineer, Robert decided to test if a manually operated Bag Valve Mask (BVM), typically used on ambulances to ventilate patients by hand squeezing, could be transformed into an automatic ventilator. Turns out you can, quickly and inexpensively to boot. A couple 2x4s from the hardware shop, some plywood and an air piston became the essential elements of the at-home ventilator. The project took about a week, and most of the time spent was waiting for parts to arrive from retailers.

“When officials kept talking about the shortage of ventilators, I thought what if we could do something that could squeeze the BVM automatically,” Robert said. “I realized we just needed a timer and an air pistol to make that happen. We put the two together and made it work.”

During the build, Robert taught Michael about the inner components and machinations of a ventilator, about BVMs, what a piston is and does and Michael learned to work with electronics and circuits.

“Michael learned a whole lot about ventilators, electronic components and a host of other scientific concepts,” Erin said. “It was a great science lesson with a real life application.”

For Robert, this was a proof of concept prototype. And while the need for ventilators is decreasing as New York continues to flatten the curve, Robert is confident the model could be employed to save lives.

“We built this with readily available items,” Robert said. “There is nothing special or custom about it. Anyone can make one. I’m sure with a little work we could improve this to be a viable emergency ventilator.”