On Thursday, July 9 at 10 a.m., the Nassau County Firefighters Museum and Cradle of Aviation Museum will reopen to the public.
Read more
News 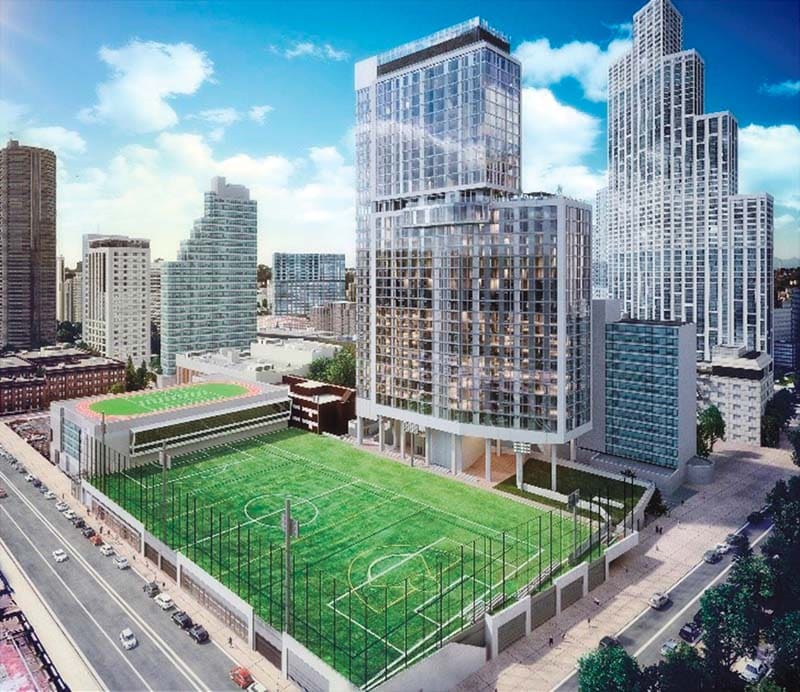 Key elements of the project include an academic space; a state-of-the-art athletic field; fitness and wellness facilities; a parking garage; a 34-story residential building, which will include 30 percent of units dedicated as affordable housing; and on-site campus and streetscape improvements, including new landscaped areas and passageways, and refurbishment of Willoughby Street and Ashland Place.

“This is the largest campus improvement project at LIU Brooklyn since it was founded nearly a century ago,” said Dr. Kimberly Cline, president of Long Island University. “Our Brooklyn campus is a prime destination for students across the U.S. and abroad. Our new expansion will further enhance the exceptional student experience at LIU.”

Under LIU’s agreement with RXR, in addition to the new facility, LIU will receive substantial financial resources that will be used for short- and long-term capital needs including the strategic and master plans developed by the University community. The resources will also be used to continue to increase the university endowment to maintain LIU’s position as a best value institution.

“For us, when we look at private-public partnerships it’s about working really closely with the community at large and trying to understand what their needs are,” said Scott Rechler, CEO and chairman of RXR Realty. “This is a win for all because not only are we going to make the community a better place with greater long-term vitality, but we’re going to have the opportunity to actually enhance LIU, which is one of the region’s most important institutions.”