King (and Queen) Of The Castle

Royalty is synonymous with crowns, tiaras, palaces, castles, elaborate balls and the most exquisite jewellery in all the land. Britain’s monarchy still stands on ceremony for countless traditions, some that date back hundreds of years ago. So it’s no surprise that members of the royal family and other lords and ladies live in some of the country’s oldest and most beautiful castles and palaces.

For example, Queen Elizabeth II and Prince Phillip live in Buckingham Palace, Windsor Castle and spend their holidays at Balmoral Castle in Scotland and The Duke and Duchess of Cambridge live in Kensington Palace, the former home of Prince Charles and the late Princess Diana. However, there are some castles that have maintained their stature as breathtaking works of architecture throughout history.

Here’s our list of five of the best English castles.

Located in the English county of Berkshire, Windsor Castle is known for its long association with the royal family. The castle is currently home to Queen Elizabeth II and Prince Phillip, who hail from the House of Windsor. Built in the 11th century by William the Conqueror, Windsor Castle survived the English Civil War and a fire in 1992 that destroyed a large section of the stone home. Divided into upper and lower wards and apartments, today, Windsor Castle is the longest occupied palace in Europe as well as the largest inhabited castle in the world.

Many may recognize Highclere Castle as the Crawley home in Downton Abbey. It is also the show’s main filming location. Construction began in 1679 on the Jacobethan style country house by architect Charles Barry. Located in Hampshire, England, the estate is comprised of 5,000 acres and is home to George Herbert, 8th Earl of Carnarvon and his wife, Fiona, 8th Countess of Carnarvon. The castle, gardens, tea room and the grounds are open for the most lovely guided tours.

If you have seen the first two Harry Potter films, you will recognise Alnwick Castle. Built in the 11th century in the English county of Northumberland, Alnwick Castle is currently owned by the Duke of Northumberland. The castle is open to the public throughout the summer as the Duke and his family only occupy part of it, welcoming almost one million visitors per year.

Built by Henry II in the 12th century, this Norman medieval castle is located in Dover, Kent. Known as the “Key to England,” Dover Castle served as a fortress throughout many wars and battles and features several secret war tunnels. Today, the castle is a Grade I listed building and monument. The interior was reconstructed in 2007-09 and includes The Princess of Wales’ Royal Regiment Museum. 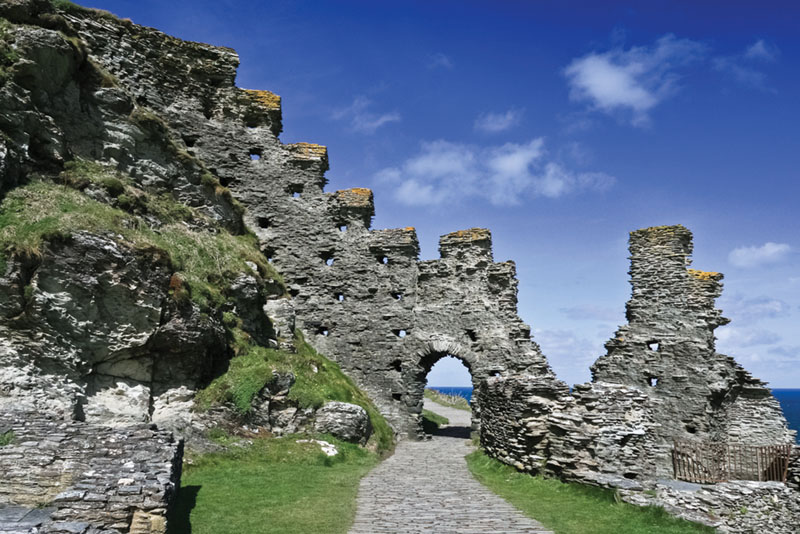 This coastline castle has inspired writers and artists for centuries. Another medieval beauty, Tintagel is located on the peninsula of Tintagel Island in Cornwall, England and owned by the Duchy of Cornwall. Although it is now in ruins, the castle, built by Richard, 1st Earl of Cornwall in the 13th century, once served as a fortress. The castle also has a lengthy history with King Arthur.