Reading has always been a deep passion for singer-songwriter Joan Armatrading dating back to her childhood growing up in St. Kitts and Birmingham, England. Having recently composed the music for filmmaker Phillida Lloyd’s all-female version of William Shakespeare’s The Tempest gave Armatrading a chance to dive back into the Bard, whose works she has fond memories of. The classics have always been a favorite of hers and in many ways, have admittedly informed the depth and quality of her own lyrics.

“What I like about the classics is the way the words are formed, how they flow and the choice of words—the descriptions, where they tell someone is walking down the street. They just don’t say someone is walking down the street—they tell you the gait, how the street is winding and what side of the street and who is coming down it. There’s always this stuff that’s going on and I like all of that,” she said. “I think those kinds of things, whether it’s Shakespeare or Dickens, I think that’s helped my writing because I write to be descriptive and to let you know what’s happening. I like when I write a song, there’s a beginning, a middle and an end and you have a little something that tells you what’s going on. I think it all comes from the things I read when I was younger.”

Here are a trio of her favorite authors.

“I liked his observations and without what he’s done being a history book, he’s actually telling us a lot about the history of the day. He’s telling us about the poverty, injustice and the resilience of the people. With the poverty you have to have a lot of strength and he showed us things like that. It’s great how he’s able to bring these characters to life with his words. Then you get the sentiment of Oliver, this little, fragile person who gets totally led. There’s so much. In Hard Times, when Mr. Gradgrind is looking out of the window and he tells the kids not to look out of the window as they mustn’t dream—well, you must dream. That’s what it’s all about. Dreaming is what got me to write these songs. You’ve got to dream.”

“I like Agatha Christie. She’s all about polite murder (laughs). But again, she’s one of those people that really draws you in. With her crime novels, she gives you clues but they are clues where you have to search for something that is not obvious. It’s a little bit like a puzzle—you’ve got to see which bits fit into which. So she has written some great books. I think I’ve read most of her novels. From Why Didn’t They Ask Evans? to Murder On the Orient Express. All the ones that are popular, I’ve read. I’ve got them downstairs. 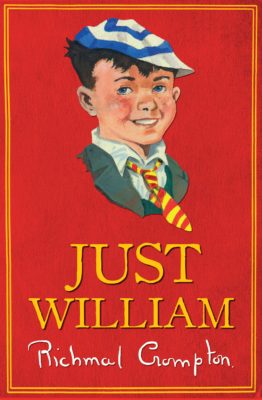 “Richmal Crompton who wrote all the Just William books. I don’t know if you know these books. William is a little schoolboy and he’s a very mischievous, naughty schoolboy who gets himself into lots of trouble. But again, he’s actually a kind person. Again, it’s very descriptive. She tells you where he plays and how he plays and how he goes into different hidey-holes. How he gathers his friends and how he has his gangs, but they’re friendly gangs. There are rival gangs, but they’re all friendly. It’s really nice and innocent.”