There’s a lonely and wistful beauty inherent throughout Sunset Kids, the latest studio effort by Jesse Malin. With his ninth solo album, the former D Generation frontman threw his lot in with old friend Lucinda Williams, who produced this 14-song outing with husband and manager Tom Overby helping out as an executive producer. Inspired by a joint 2017 Rolling Stone interview where the duo admitted to a “shared love of miscreants, misfits, the misunderstood and the mysteries of everyday lives [that] binds them across the Mason-Dixon line,” the idea of Williams producing this project came after Malin accepted an invitation to watch her open for Tom Petty and the Heartbreakers at the Hollywood Bowl in what would be the late Rock and Roll Hall of Famer’s last concert.

“I had dinner with Lu,and Tom and I threw the idea of her producing my next record,” Malin recalled. “They seemed really up for it, so I told them to let me send them more music before I let them decide. I did that and a week later, Petty sadly passed away. Then there was that Vegas shooting and it was a really rough time, so everything kind of got pushed back. We decided to try and put our toe in the water to try and do it around Christmas time 2017. Lucinda and I decided to try and beat the holiday blues by working through Christmas. Why not? It sounded like a fun idea doing it in LA with no snow. And the engineer/producer/mixer they’d been working with a lot of years was David Bianco.

Funny enough, he had done Wildflowers with Petty and the last three Lucinda Williams records, Frank Black, Bob Dylan and Danzig. But, he’d also done the first D Generation album the first time I stepped into the studio with a major label using a budget at Electric Lady Studios. So we reunited and there it was—life coming full circle.”

In between both Williams and Malin balancing tour commitments, and the latter shooting over to Florida to tend to his ailing father, sessions came together on both the West and East coasts. By the time mastering and mixing took place in August 2018, the loss of Petty was augmented by the passing of a number of people close to Malin including Bianco, longtime friend and D Generation bandmate Todd Youth and the Queens native’s own father. Understandably, these losses reverberate throughout Sunset Kids.

“Sunset Kids was also a thing about life being for the living,” Malin said. “Not to be morbid, but there is a thing with music and art that can keep the spirits of these people alive. Songs like ‘Shining Down’ and even ‘Meet Me At the End of the World’ are about finding a way to keep going on through gentrification and whatever is going on in the world—climate change, politics and things that people might not agree with me on. There’s all this negativity and we’ve got to find a way to live each day like it’s our last or best.”

Having recently entered his early 50s, Malin is at a crossroads in life where introspection and these kinds of personal losses have yielded some truly deep and meaningful art. The jangly aforementioned “Shining Down” reverberates with lines about “keeping alive the spirits of the ones we’ve lost” while the world-weary ethereal twang of “Room 13” and its couplets about “Thinking about love/And I walked away like those others do” echoes with the kind of gorgeous melancholy you hear on a Williams gem. (No surprise here, given that she co-wrote this gem with Malin and Overby). Elsewhere, the way “Promises” carries a “Wild Horses” vibe to it while “Chemical Heart” is a pop earworm punctuated by perky Farfisa organ runs as nods to Ike and Tina Turner, Bernie Taupin and Jake LaMotta are liberally sprinkled throughout.

Malin is nothing if not a fighter and more importantly, a survivor. Born and raised in Whitestone, Queens, Malin joined hardcore band Heart Attack as a vocalist/guitarist when he was only 12. By the time he was 15, he’d run away to live in Alphabet City on the Lower East Side of Manhattan. It was the first time he felt a sense of belonging.

“It was a place where it was okay to be different and that there were other people out there like you,” he recalled. “When I got to downtown Manhattan, there were all these bookstores, record stores and people. I didn’t get beat up for being different, which is what happened in Queens a lot.” 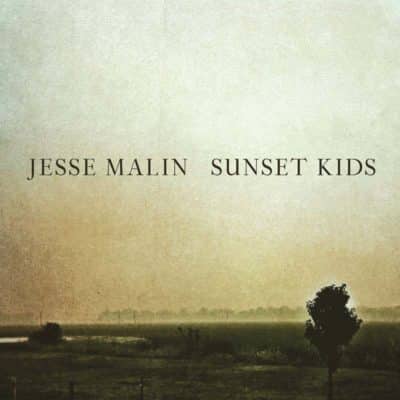 By 1991, Malin and four other friends formed D Generation, a quintet that was a nod to the ’70s glam and punk of The New York Dolls and The Dead Boys, an era that the D Gen members missed out on. Throughout the ’90s, the band not only released three solid albums, but brought back the downtown vibe of 1970s Manhattan by opening punk rock club Coney Island High and regularly hosting Green Door NYC, a long-running party night hosted by Malin and D Gen bandmate Howie Pyro. (“We tried to create a little mini-scene. I took my publishing money and did those two things. I didn’t know what I was doing.”) Always influenced by songwriters like Bernie Taupin, Neil Young and Bruce Springsteen, Malin’s nod to these influences were infused in D Generation and evolved even more once he became a solo artist. For him, the transition from punk to more of an Americana song style was a logical progression.

“D Generation didn’t just sing about cars, girls and penises. I wouldn’t say it was more political, but more social. There were songs about isolation. It was something more lyrical, at least that’s what we thought. I tried to bring it down to a whisper after the band broke up,” he said. “But the connection was always there and there wasn’t that much of a difference as people are realizing now when they listen to Frank Turner, Gaslight Anthem or Dropkick Murphys. Billy Bragg has always known that. Folk and punk is three chords and a message. Johnny Cash. Jerry Lee. That’s punk rock.”

With plans to tour extensively into 2020, fans can expect Malin shows where he’ll be seeing what other songs from his past catalog work together with the new material on Sunset Kids. It’s just the latest creative evolutionary step for the measured troubadour.

“From the early frontier days of hardcore in New York to all the punk rock and singer/songwriter touring,” Malin said, “it’s all been about survival and reinvention. I wanted to make an open-sounding record with the space to tell these stories. I like to write about characters and people I meet along the way. The dreamers, schemers, hustlers, romantics, lovers, leavers and believers.”

Jesse Malin will be appearing with Lucinda Williams on Dec. 19 at the Bowery Ballroom, 6 Delancey St., NYC. Visit www.boweryballroom.com or call 866-858-0008 to find out more information.