Fortunately, the COVID-19 pandemic is settling down on Long Island. Life is slowly, but surely getting back to normal.

While you still can’t go on that nice, relaxing vacation you originally planned on, there are plenty of places on Long Island that you can drive to. And that’s why Jaguar Land Rover of Freeport, located at 146 Sunrise Hwy. in Freeport, reported record-high numbers in July. The dealership actually had its best month since opening three years ago.

But why are Jaguars and Land Rovers so popular right now? It’s a great combination of the all-electric options being created, as well as the perfect timing of three-year leases expiring.

Tony Anton, general manager of Jaguar Land Rover of Freeport, explained the importance of the Jaguar I-PACE, which continues to set the industry standard.

“The I-PACE is an all-electric, beautifully styled car,” Anton said. “It has more than a 200-mile range. It has a tremendous amount of torque and it’s extremely fast. It basically costs nothing to run. Last year, it won the three most prestigious World Car awards. It’s made to climb Mount Everest or go to the beach. It fits seven people comfortably. You can have kayaks, canoes, skies and bicycles in there.”

The 2020 I-PACE starts at $69,850 for those buying it, with a 36-month lease around $900 per month. This electric vehicle is pricey, but it’s worthwhile given its raw speed thanks to its 394 horsepower. Some estimates have the I-PACE traveling up to 234 miles on a single battery charge.

‘‘The car is cool,” Anton said. “It has an adjustable suspension, so you can lower the rear of the car for your dog to hop in and out.”

And yes, this is the perfect luxury ride in the middle of the pandemic. You can drive as far as you want on Long Island or to Upstate New York on a single charge, hitting all of the rough terrain on the way without an issue.

“The suburban warrior has always reached out to Land Rover for Armageddon when it comes,” he said. “Not that we have to worry about that, but people do. We’re in the middle of a pandemic and no one can really go anywhere, so having a vehicle that can go everywhere is no longer just a fashionable thing. It’s a utility thing.”

The 2020 I-PACE consists of three different options, including the S, SE and HSE, with each subsequent one offering additional features. Essentially, the HSE has more technology features than the S does.

The 2021 version of the I-PACE might be even more impressive. It will have a 4G data plan, a 360-degree camera, as well as wireless charging. It will also have a much quicker charge, bringing a dead battery to a full charge in approximately 8.6 hours.

Jaguar Land Rover of Freeport, just like many dealerships in New York, are practicing social distancing. With the use of Microsoft Team and Zoom, the sales representatives are working to serve customers from home or with a handful of people spread out at the dealership.

“When the pandemic first happened, we closed just like everybody else,” Anton said.

To enhance safety measures for those picking cars up, the dealership is taking giant leaps that might become an industry standard for the long-term, too.

“We have people come pick up cars at the dealership that have been fully disinfected,” he said. “We have a team that’s constantly wiping down surfaces, door handles and we have disinfectant systems for all of our cars. Every car that goes out for a test drive gets disinfected before the next person can use it. There are wraps for the steering wheel that are disposable and replaceable for each drive. It’s been quite successful.”

As the car market continues to pick back up, make sure to check out the I-PACE. 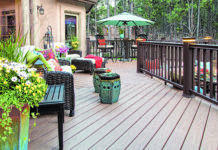 Holding On To Summer: Tips for bringing the indoors outside to extend the season 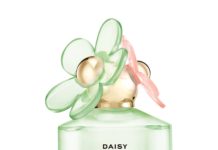 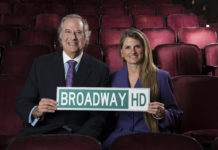