Is LIRR’s Lost & Found A Lost Cause? 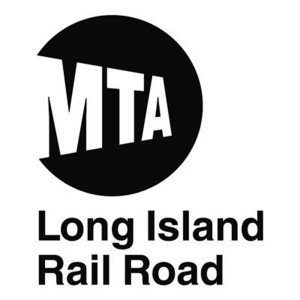 Forty percent of the items logged into the Long Island Rail Road’s (LIRR) Lost and Found Office (LFO) were lost again. That was the new headline emerging from a report released this month by the Metropolitan Transportation Authority’s (MTA) inspector general. The MTA, the LIRR’s parent, found the LFO accepted more than 15,500 items in 2013, most of which were housed initially in a 1,000-square foot storage area in Penn Station. This works out to about 40 items a day, 16 of which go missing for a second time soon thereafter.

“Property in the LFO is at risk of avoidable misplacement or theft,” the inspector general’s report stated. “We selected a sample of 20 items that should have been on the premises, according to the LFO database, but staff was unable to locate eight of them (40 percent).”

In typical MTA fashion, however, the inspector general goes on to recommend that the primary remedies for righting the LFO’s ship involve the purchase of expensive equipment and the hiring of additional personnel. Indeed, “install video cameras and monitors in the main [LFO] storage area,” constituted the inspector general’s first recommendation, and the “feasibility of installing a swipe entry system,” to prohibit unauthorized access into the LFO storage area, was the second. But the MTA’s report did not say lost items were being stolen or that unauthorized persons were wandering aimlessly through the LFO’s main storage area.

The most compelling section of the MTA’s 15-page report is headlined ‘The Database Does Not Support Operational Effectiveness and Efficiency,’ and those are the findings the LIRR’s senior management team should focus on. The inspector general, in its analysis, found the LFO’s recorded property descriptions were incomplete and inaccurate; 27 percent of the articles recorded in the LFO’s database since 2008 lacked either a disposition or a close date; records could be deleted without senior management’s knowledge, and “LFO employees do not receive individualized log-in identifiers and passwords that would enable management to ascertain who might have created or changed property records and why.” These shortcomings can be fixed without video cameras, monitors, swipe-entry systems or more LFO employees.

“The LFO staff consists of the supervisor, two full-time clerks, and one clerk who works one day per week and another who works one day per week in the summer,” the inspector general’s report states. “The staff is responsible for inventory, customer contact, locating and delivering property that has been claimed and disposing of unclaimed property.”

Well, if around 40 items arrive at the LFO each day, and three people are staffing the LFO, that’s a manageable workload, right? The problem, as any public employee union representative will tell you, is not with the full-time LFO personnel. Everything unravels when the permanent staff members are absent. The MTA’s inspector general agrees.

“Importantly, given the nature and significance of these responsibilities, we found that when a permanent staff person is temporarily absent, an additional clerk known as an “extra”—who may have received little to no specialized training—is assigned to the LFO on a short-term basis; several extras might rotate through the LFO in a single month. While changing the staffing plan for the LFO may be constrained by budget limitations and collective bargaining requirements, the frequent rotation of temporary staff into the LFO is a problem that needs to be solved,” the inspector general’s report says.

So, to recap, the MTA’s LIRR will soon spend substantial sums on the LIRR’s Lost and Found Office. Yet the MTA inspector general’s message to LIRR riders is unmistakable—hold onto your stuff.