Dance music has always been a great soundtrack for blowing off steam. For Holly Laessig and Jess Wolfe of Lucius, it was certainly the case coming out of the existential melancholy generated by the pandemic. But rather than just listen to some hip-shaking tunes, the duo whose incomparable harmony skills have earned them plenty of side-gig work in addition to becoming a centerpiece of their group’s hallmark, poured that energy into Second Nature, their band’s fourth album that was released back in April.

“We started out the pandemic thinking it was only going to be a couple of weeks or months,” Laessig explained. “At a certain point you realized that we didn’t know when this was going to end. We decided to keep working on music that uplifts us and wanted to release this record as opposed to some other material we had made. We figured by the end of all this—not that we’re fully at the end—people are not going to want to be in their head listening to some mopey record. They’re going to want to dance and feel free. That became the focus—how can we feel connected, free and joyous together after all of this.” 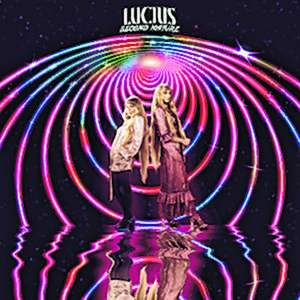 Having contributed vocals to projects to a wide range of artists including Roger Waters, Jeff Tweedy, Jackson Browne, John Legend, Mavis Staples, John Prine, Sheryl Crow, Grace Potter and The War on Drugs, the Lucius gals roped in former client-turned-friend Brandi Carlile for this latest project. Coming along for the ride to help out was storied Americana producer Dave Cobb, best known for working with country-flavored artists like Chris Stapleton, Sturgill Simpson and Jason Isbell. Suffice it to say Laessig and Wolfe were surprised by Cobb saying he’d been wanting to make a dance record.
“A few weeks into the lockdown, it was starting to get a little isolating, so we decided to start writing some dance music and I think that’s where things started turning around for the record,” Laessig recalled. “That’s how it sort of came together. Dave Cobb, who produced it with Brandi Carlile, really wanted to make a disco record. We thought that sounded totally bizarre coming from him and we love that.”

Second Nature succeeds in tapping into dance grooves a-plenty with plenty of gems ranging from the electro-funk ear worm “Dance Around It” with its Crow/Carlile harmonies to go with an irresistible selfie-stick video and the bubbling “LSD” to more subtle fare like “Tears in Reverse,” which comes off like a melancholy fusion of ABBA and Kraftwerk and the Afro-pop opening title cut that feels like it shares rhythmic DNA with the spirit of Talking Heads’ Remain in Light.

With these kind of good vibes pumping out of Second Nature, Laessig was happy to share some of the jams that helped inform the freeing vibes of Lucius’ latest effort. 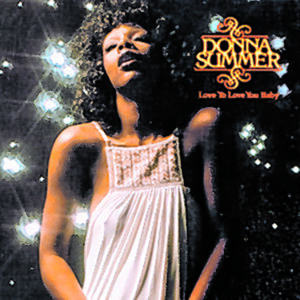 Donna Summer (December 31, 1948 to May 17, 2012)
“We cover ‘I Feel Love’ in our show. We’ve referenced that track over the years for different reasons. Rhythmically and the bass line is kind of otherworldly and off-kilter a bit. You don’t really think about it until you’re analyzing it and realize it is bizarre, yet awesome. That was definitely a reference for the record.”

David Bowie (January 8, 1947 to January 10, 2016)
“I think ‘Young Americans’ was probably referenced on this album because we’re huge Bowie fans of every one of his eras. He was a great arranger of background parts and so I think that was something we’re always taking from music for layering. Of course, there’s the two of our voices—we love to play around with that stuff and get the guys involved in the background stuff as well. 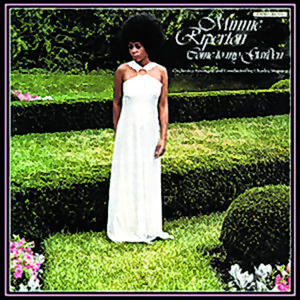 Minnie Riperton
(November 8, 1947 to July 12, 1979)
“Another person we referenced a lot going into this record is ‘Les Fleurs’ by Minnie Riperton [off her 1970 debut Come to My Garden]. It feels a little bit like a psychedelic trip and it has these really pretty lilting vocals and feels really light on its feet. We have always loved that song. We’ll be sitting down to arrange something and ask, ‘What if this had a bass line like this song?’ Or what if it had a flute part like on ‘Les Fleurs?’”

Lucius will be appearing on Dec. 6 as a part of the Holiday Cheer for WFUV concert which will be held at the Beacon Theatre, 74th Street & Broadway, NYC. For more information, visit www.beacontheatre.org or call 866-858-0008.