Heroes And Goats On Film 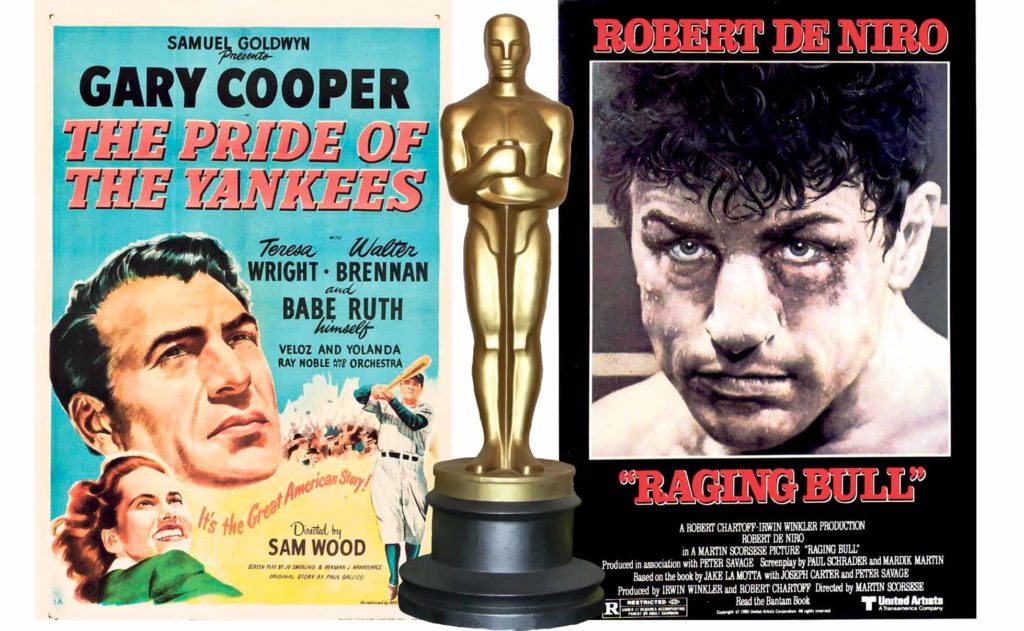 In the history of film, sports movies are rarely recognized for greatness with awards. Much like comedies or horror films, sports on the silver screen are usually given short shrift by Academy voters, who are much more likely to give a nod to a prestige picture or historical drama.

But every now and then, a movie that uses sports as the backdrop to human drama overcomes the odds, moving audiences and the Academy to break tradition and grant it a nomination—or even an award. And for some reason, baseball and boxing seem to be the best bet among sports films.

Baseball has had a decent history at the Oscars, starting in 1942 with Pride of the Yankees, which stormed the Academy Awards with 11 nominations, taking home one for Best Film Editing. Two lesser-known movies include The Stratton Story—a 1949 film about a Major Leaguer who loses a leg—won Best Screenplay and Bang The Drum Slowly, an early Robert De Niro movie that caught a Best Supporting Actor nod for Vincent Gardenia.

Of the more well-known films on the baseball diamond, 1983’s The Natural earned Glenn Close a Best Supporting Actress nomination, along with nominations for Best Original Score, Best Cinematography and Best Art Direction; Bull Durham (1988) got a nod for Best Original Screenplay; Field of Dreams was nominated for three statues at the 1990 awards, going 0-for-3; while Moneyball earned six nominations at the 2011 Oscars, whiffing on every one.

It wasn’t until 1970 that a more popular film earned a nomination with The Great White Hope. Then, Rocky entered the ring in 1976 to win Best Picture, director and film editing. While Raging Bull won for Best Actor in 1980 and after The Hurricane (1999) and Ali (2001) were nominated, but lost, Million Dollar Baby was a knockout in 2004 with wins for Best Picture, Best Actress, Best Supporting Actor and Best Director.

Cinderella Man (2005) lost all four of its nominations, but The Fighter (2010) earned Best Supporting Actor and Actress wins, before Creed (2015) fell short of a victory.