Head Up To Newport For The Summer’s Best Jazz

In response to a 400 percent increase in reports of illegal fireworks sales, County Executive Curran announced a new email tipline, FireworksSales@NassauCountyNY.Gov for residents to report the illegal sale or delivery of fireworks in Nassau County.
Read more
News

As a result of the mostly dry conditions over the last month, water systems across the region are facing the possibility of experiencing reduced pressure due to a 400 percent increase in demand.
Read more
TOP STORIES

The 2018 Newport Jazz Festival (NJF) will take place from Friday, Aug. 3, to Sunday, Aug. 5, at Fort Adams State Park and the International Tennis Hall of Fame in Newport, RI, with more than 60 artists in three days.

NJF is one of the most respected and renowned festivals in the world, and arguably the oldest festival. NJF is the location of the acclaimed film Jazz on a Summer’s Day, and a number of notable recordings, including Ray Charles at Newport; Miles & Monk at Newport; Live at Newport ’58; Nina Simone at Newport; Count Basie at Newport; Ellington at Newport; New Thing at Newport; Ella Fitzgerald and Billie Holiday at Newport; and many more.

NJF was established in 1954 by socialite Elaine Lorillard, who, together with husband Louis Lorillard, financed the festival for many years. The couple hired jazz impresario George Wein to organize the event to help them bring jazz to the resort town.

Most of the early festivals were broadcast on Voice of America radio, and many performances were recorded and have been issued by various record labels. 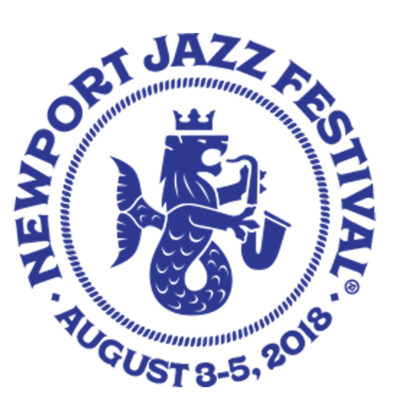 NJF will host a tented village filled with vendors, including talented painters, photographers, hat and clothing designers, jewelry makers, handmade instrument makers and creators of other specialized collectibles. A variety of food and beverage choices will be available, including beer and wine gardens. There will also be official merchandise stations on site.

On Saturday, Aug. 4, the 2018 Newport Festivals Foundation Gala will be held at The Elms, one of Newport’s spectacular mansions. The program will feature Pat Metheny, Christian McBride, Jon Batiste and Jazzmeia Horn, giving intimate performances while guests enjoy delicious food and cocktails. To purchase gala tickets, go to www.newportfestivals.org/gala2018.

For the third year in a row under the auspices of the Newport Festivals Foundation, festival-goers are invited to Bridgefest, from July 30 to Aug. 2. Bridgefest is a celebration of jazz, folk, and Newport’s musical community, and will include concerts, films, educational programs and several music-related activities in and around Newport.

Bridgefest was originally founded in 2009 by the Arts & Cultural Alliance, to “bridge” the days between the Newport Folk Festival (July 27 to 29) and the Newport Jazz Festival (Aug. 3 to 5).

For more details about specific events, visit the website at www.newportbridgefest.com.