This will be my final column for Anton Media Group. My first was 15 years ago, in 2007, when I was appointed to serve as executive director for North Shore Child & Family Guidance Center. After 45 years, I will be retiring in July.
Many thanks to publisher Angela Anton for graciously inviting me to share my opinions in this space, roughly 150 times. Although I was first invited to write in my professional role with the Guidance Center, there was never any doubt that what I wrote was in my own voice, representing only my views. No explicit disclaimer was needed. The way I wrote made that clear. 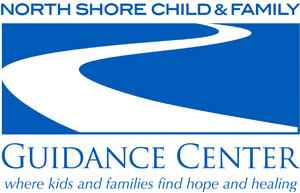 I wrote about mental health issues such as depression, suicide, bullying, stigma and discrimination. A few columns centered around well-known people like musician Bruce Springsteen and former Congress member Patrick Kennedy, who have been transparent about their struggles with mental illness and addiction.
I reviewed books and films in which mental illness and addiction were core themes. Some columns were written to advance my advocacy work and to educate the public. For example, I wrote about lax enforcement of federal and state laws that were enacted to require health insurers to provide access to quality mental health and addiction care, on par with physical care.

As a former scholastic and collegiate athlete, I wrote about the value of athletic participation in youth development, the long-lasting and life-threatening impact of concussions in contact sports and about the devastating impact of the loss of full seasons of athletic competition due to the COVID-19 pandemic.
I platformed the homespun wisdom and common sense of many parents and grandparents as being as important as what can be learned in self-help books or on reality TV shows. In one column that I entitled the Advertising of Everyday Life, I wrote about my mom putting up a sign in my childhood home that read: “None of us in our business or social life can coast along on a reputation of past performances. It’s the good job we do today that counts.” As I stated in that 2008 column, I kept that sign after she died in 1997 and it hangs in my office at the Guidance Center today as a constant reminder to never rest on my laurels.

The situational surround—the context of our daily lives—provided me with many ideas for this column. Some of those themes included school shootings, immigration, Superstorm Sandy, health disparities, the killing of unarmed black men and women by police and, of course, the pandemic. I wrote about 9/11 on more than one anniversary, as a reminder to never forget those who were lost and those who were left behind.
As the years unfolded, little by little I revealed more details about my personal life. What I had not anticipated when I started was that I would write about being a cancer survivor. After being diagnosed with non-Hodgkin’s lymphoma in 2010, although I was not secretive, I was quiet about it. As time passed and I was treated with radiation, chemotherapy, immunotherapy and a stem cell transplant, I warmed to the idea of writing about what it was like living with a chronic, life-threatening disease. I thought that there had to be other readers who were fellow survivors, caregivers and family members who could relate and maybe gain some strength from my message.

On occasion, over the last 15 years, I received letters, email and phone calls from readers. They were mostly positive. I received a number of supportive messages regarding my struggle with cancer. A few objected to my opinions on controversial issues like structural racism or how the pandemic was being handled. I am grateful to all of my readers. Thank you, one and all.
When I decided to join North Shore Child & Family Guidance Center in 1977, I saw it as a place where I could spread my wings. It was and I did. I could have never worked in a place or written for a publication that would seek to clip my wings. I recommend the same for you and your children. Encourage them to fly.
Goodbye. And, remember to always fly high.