Giants/Jets Battle For The Apple: Three Things To Win 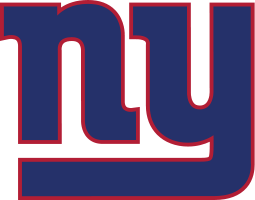 Every four years, the Giants and Jets meet in the regular season to battle for New York (or New Jersey depending on who you ask) on the gridiron during the NFL’s regular season. The Giants are on a three-game winning streak against Gang Green, topping the Jets in 2003, 2007 and 2011. Both teams have been up and down going into the Week 13 matchup. Here’s three things each team needs to do to win and push their playoff aspirations 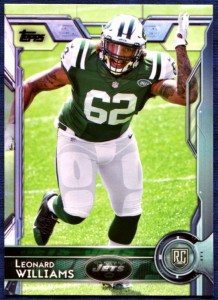 The Giants Score In The “Green” Zone
Aptly re-named by head coach Tom Coughlin to indicate it’s go-time, the Giants must score in the red zone and stop trading touchdowns for field goal attempts. From the Giants’ clock snafu in the regular season opener against the Dallas Cowboys, to squandering a scoring opportunity after a turnover late in a 27-26 loss to the New England Patriots, the Giants have found ways to give games away more than lose them. Commanding the line of scrimmage will be key inside the five-yard-line, but the G-Men will face mammoths like defensive ends Leonard Williams and Muhammad Wilkerson. The Giants are ranked 26th in offensive red zone scoring in 2015 according to teamrankings.com. Guess who’s ranked first? The Jets. 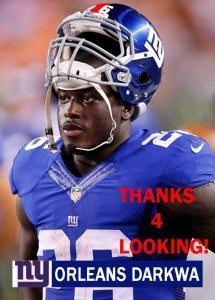 Embrace The “Darkwa”-Side
The Giants’ running attack has been true to the “by-committee,” but has underachieved at best. Big Blue has averaged just 3.8 yards per carry, according to the NFL.com. That’s fourth-worst in the league. As of late, Orleans Darkwa has surprisingly shown he can run north-south the best, a staple in the Giants running scheme of years past, and is deceptively fast. To have success against the Jets’ in the passing game, establishing the run is key. I believe Darkwa can do that.

Giants DBs Need To Run “Amuk”
The Giants’ secondary has been a mess. And the loss of starting cornerback Prince Amukamara (who has returned) to a partially torn pectoral muscle for five weeks only further exposed New York’s weakness in the middle of the field on passing downs. If the Giants want to win, Amukamara, along with fellow defensive back Dominique Rodgers-Cromartie, will have to maintain Jets wideouts Brandon Marshall and Eric Decker. 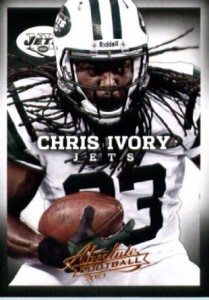 Attack The Middle
The Giants recently lost defensive line standout Jonathan Hankins with a pectoral tear (that’s three different players with a similar injury) for the season. Jets running backs Chris Ivory and Bilal Powell must succeed up the middle to open up the play-action pass for Fitzpatrick and his receivers. Running away from Jason Pierre-Paul and Robert Ayers and towards Markus Kuhn and Cullen Jenkins could prove successful against the Giants. 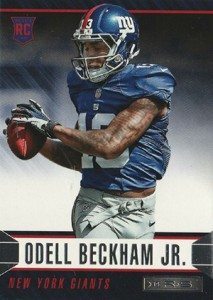 Shadow Beckham Jr.
This is no secret. When Odell Beckham Jr. is on fire, the Giants are on fire. Jets defensive backs must keep the second-year wideout from getting to the second level and force Manning to lean on hot-or-not Rueben Randle, under-utilized Shane Vereen and the recently-reunited Giants receiver Hakeem Nicks. Manning had hoped to have receiver Victor Cruz back, but was recently put on injured reserve because of a calf strain. Cruz has not played in a game since Week 6 of the 2014 season, when the Salsa-dancing pass catcher tore his right patella tendon against the Philadelphia Eagles.

Time Their Chances
The Giants passing offense is based on timing. To upset Manning, the Jets have to get in his face and have the Big Blue signal-caller throw off his back foot or into pressure up the middle. Manning has shown he misses high when off the mark to receivers, which would bode well for defensive backs like Antonio Cromartie, Darrelle Revis and Calvin Pryor. For Gang Green to win, stifling the 11-year veteran Manning on passing downs
will be crucial.